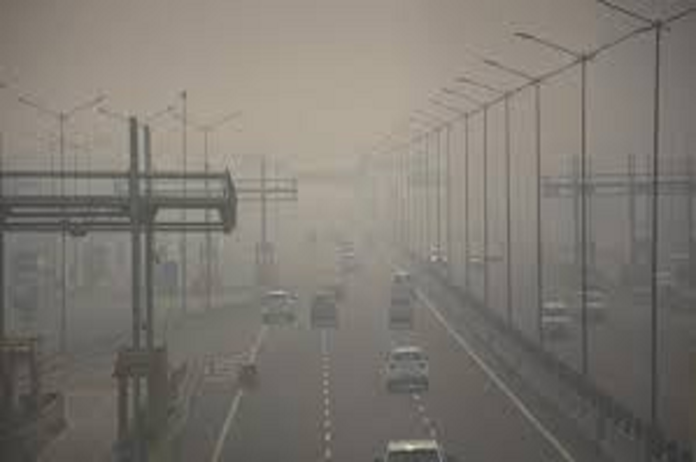 Air pollution: Delhi’s total Air Quality Index (AQI) on Saturday morning recorded at to 472, indicating that the city’s air quality remained in the “severe” category. According to data released by SAFAR (System of Air Quality and Weather Forecasting And Research) India, Gurugram’s AQI stood at 478 and continued to be in the “severe” category, while Noida’s AQI, which is a part of the national capital region, recorded an AQI of 539, and continued to be in severe category.

The capital city’s AQI on Friday during the same morning session was 472. Additionally, Noida and Gurugram in the national capital region (NCR) area had AQI readings of 529 and 478, respectively, at 7 am this morning, both in the extremely poisonous “severe” category.

An AQI of 534 was measured in Dhirpur, West Delhi.

Air Quality Index from 0 to 100 is considered as good

Primary schools in Delhi would be closed starting on November 5, according to CM Kejriwal.

Additionally, outdoor activities for students in the fifth standard and above have been outlawed.

To reduce the pollution brought on by car emissions, the Delhi administration is also considering introducing the odd-even rules for vehicle operation in Delhi, he continued.

The projection, however, anticipates that the state of the air quality in Delhi and the surrounding areas will continue to deteriorate and expects recovery from November 5.

The SAFAR (System of Air Quality and Weather Forecasting and Research) on Friday reported that stubble-burning contributed 34% to Delhi’s PM 2.5 pollution. The air quality in the national capital and its adjoining areas has continued to be classified as “severe” for two days in a row.