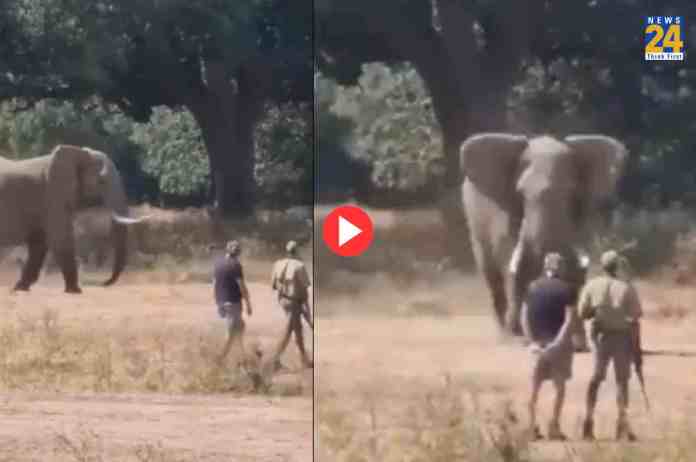 New Delhi: As we know, elephants can be gentle giants but when angry, they can be scary and cause destruction! A video footage has now gone viral which shows some terrifying scenes wherein an angry tusker come charging at two tourist. But what happened next has caught the attention of netizens.

Not panicking is the best self-defense method!

The viral video shows couple of man using an ingenious way to tackle an angry elephant. The aforementioned video was shared by a Twitter user namely Figen. She tweeted the video with the caption, “Not panicking is the best self-defense method,” and we couldn’t agree more. In the viral video, they both can be seen standing fiercely like idols in front of angry tusker. Seeing this, the elephant puts its head down and starts moving backwards.

The spontaneous and smart reaction saved the life of both men. The video went viral as soon as it was shared. It garnered more than 13.5k likes and several comments. Have a look at some of them:

Always. Don't ever panic. No matter what! https://t.co/Yj5nSqCquY

Their adrenaline didn't make them do funny things