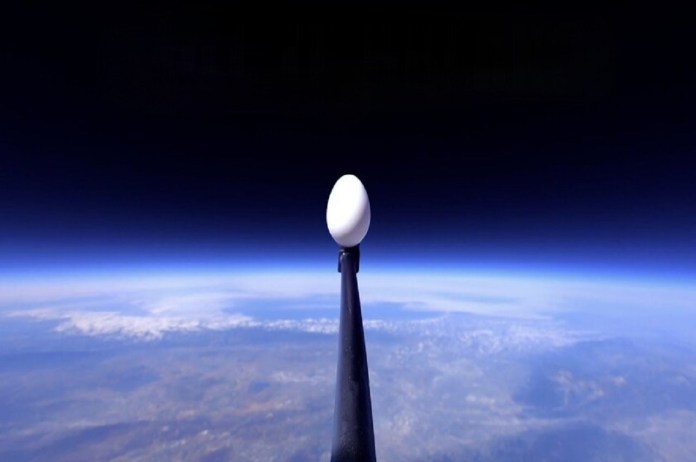 Egg Drop From Space: Everytime something falls from our hands it either breaks or gets damaged but what will happen to an egg if we drop it from space, will the egg break? The assumption you are making may come true or false. Well, to find the answer to this, one such experiment was done by a NASA engineer, who made a video of that entire experiment and also uploaded it on his YouTube channel. This video has been viewed more than 2 crore times so far.

Well, now you must be wondering what would have happened if an egg was dropped from space, to know that you will have to watch the video. The name of the engineer who did this experiment is Mark Rober. Mark has done this experiment along with his partner from NASA.

Mark, along with his partner, put a rocket in a high altitude balloon. Then by putting the egg in the rocket, it was sent into space and from there the egg was dropped. Now whether the egg is broken or not, you will have to watch this video of Mark.

Egg dropped from a height of more than 1 lakh feet

According to the information, the rocket installed in the high altitude balloon was taken to a height of more than 30.5 kilometers i.e. one lakh feet. The special thing is that this experiment was done more than once. They failed several times.

This experiment was completed in three years

You will be surprised to know this, but it took about 1000 days i.e. three years for Mark and his partner to complete this experiment. It is said that in the midst of completing the experiment, sometimes the GPS used to give problems and sometimes some technical fault used to occur.