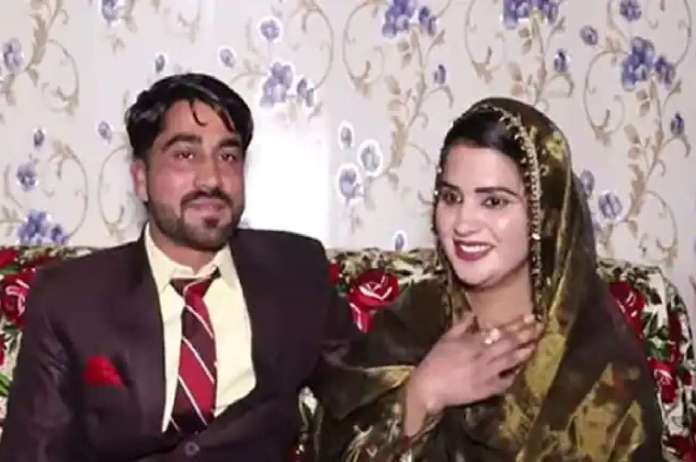 Islamabad, Pakistan: When a girl chooses a partner, she considers her education and earnings. Girls prefer a financially successful boy. But there is a Pakistani girl whose heart belongs to a chaiwala. Their love story began and eventually reached the stage of marriage. This lover is not your average woman; she is an MBBS doctor. Are you surprised by what you’ve read? Yes, the MBBS doctor fell in love with the chaiwala and married him.

Kishwar Sahiba, an MBBS doctor, revealed that she met her love at the hospital where she works. Shahzad used to work as a office boy in that hospital. He used to work as a cleaner, and make tea for everyone and give it to them. The couple, who live in Okara tehsil’s Dipalpur, described how they met and fell in love.

Doctor Kishwar recalls being impressed by Shehzada’s personality the first time she saw him cleaning her room. He didn’t resemble a chaiwala or a cleaner. She also enjoyed the way he spoke. Shahzad used to be very respectful of her. This pleased her. She didn’t want to be without him. So she made a proposal.

Chaiwala developed a fever after the proposal

Shahzad claims to have served three doctors at the hospital. The first two were men, and the third was Dr Kishwar.

“These people would ask me to clean the room or bring them tea. She appealed to me. When she asked for my phone number one day, I gave it to her, thinking that if a relative or family member needed a doctor, she would be contacted.”

“She liked my status and praised me one day. I had a strange feeling. She summoned me to the room and asked me to take a seat. She then stated, “I love you.” This came as a surprise to me. For three days, I had a fever.”

Both later married. However, the doctor left her job after getting married. The marriage was also criticised by family and friends. But she followed her heart. The couple owns a medical shop and intends to open a clinic.