Shocking! Air hostess committees suicide due to THIS reason

Kolkata: A 27-year-old girl, who is an air hostess committed suicide because of unemployment pressure and mental illness. She took this big step on Saturday by jumping from the fourth floor of a building in Kolkata, West Bengal.

The girl identified as Deborpiya Biswas lived in the Metropolitan Co-Operative Housing Society. The case has been registered under the Pragati Maidan police station area in Kolkata.

As per the media reports, She fell on the road in front of the building and sustained major injuries after which she was rushed to the SSKM Medical College and Hospital, where she died during the treatment.

After her death, the hospital authorities informed the police who arrived at the spot and started a preliminary inquiry into the incident. According to the sources police officer said, “During the inquiry, it was known from the victim’s family that she was suffering from depression and mental problems for a long time due to lack of regular work for the last two years.” 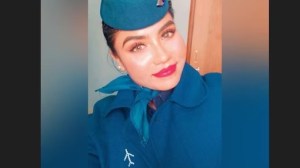 The foremost reason for suicide

The most common reason behind the suicide is the lack of career and job opportunities. As per sources, till now 9,140 people ended their lives due to unemployment, the highest number of such cases—3,548 were reported in 2020.

To address the burden of mental disorders, the government implemented the National Mental Health Program (NMHP) and is supporting the implementation of the District Mental Health Program (DMHP) under NMHP in 692 districts of the country. The program aims to provide suicide prevention services, workplace stress management, life skills training and counseling in schools and colleges; mental health services including prevention, promotion, and long-term continuing care at different levels of the district healthcare delivery system and promote community awareness and participation in the delivery of mental healthcare services.