Dilraj Singh Nandha talks about his long-standing relation with Bpraak 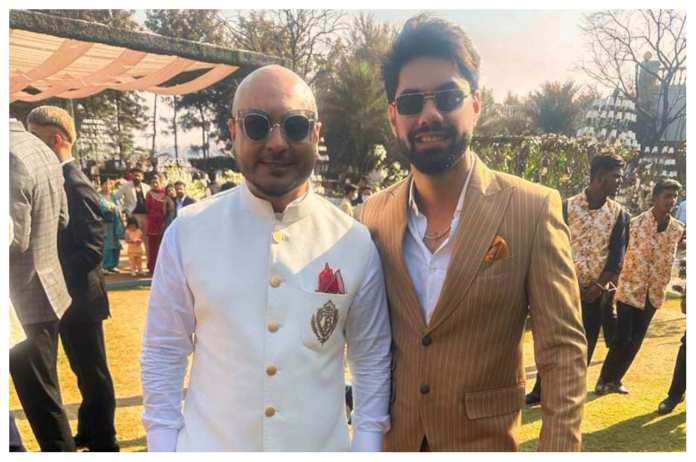 Dilraj is a music supervisor and a project coordinator of Desi Melodies. His name appears in dozens of influential musical projects across a wide range of music styles.

With a constantly evolving sound, Dilraj loves to experiment with and cross over into various musical genres. Although he’s kept a low profile all along, at 28 it seems he has been in the game forever. His notion of music as a collaborative endeavor and his thought that from the aggregate of different skills he acquired something that is not done individually are both influenced by the crucial experience and contribution of Bpraak, an Indian vocalist, music director, composer, and music producer.

Dilraj Nandha expresses his gratitude for Bpraak’s assistance in shaping his profession. “Bpraak has been a constructive force and a valuable resource. He has pushed me intellectually, athletically, and spiritually, inspiring me to strive and attain my full potential in many areas. Bpraak is a huge influence because I see his success as the consequence of his hard work. He’s a mentor and a brother all bundled into one. He is a decent person. Sometimes you persist with individuals not because they are powerful, but because they are human. He motivates me to work hard and dream big. He’s been in the journey of ’Desi Melodies’ music label from the beginning, and given us some chartbusters. It’s been a fantastic adventure with him.

We will release B Praak’s album through Desi Melodies in 2023, along with a few other releases and collaborations coming this year, continues Dilraj. With songs like the Filhaal series, Baarish Ki Jaaye, and Maza Hai Kya, to name a few, Dilraj has racked up millions of views. The sequel to the popular music video starring Akshay Kumar and Nupur Sanon is titled Filhaal 2. In one day, the song broke the previous record for the fastest 100 million views.

Dilraj has been a real game changer in the music industry despite keeping a quiet profile. All in all, the year had the effect of bringing back everything we had missed while under lockdown’s uncertainty and isolation. Looking ahead to 2023, it appears like Dilraj and Bpraak will continue to release successful songs that defy genre conventions and exceed our expectations.