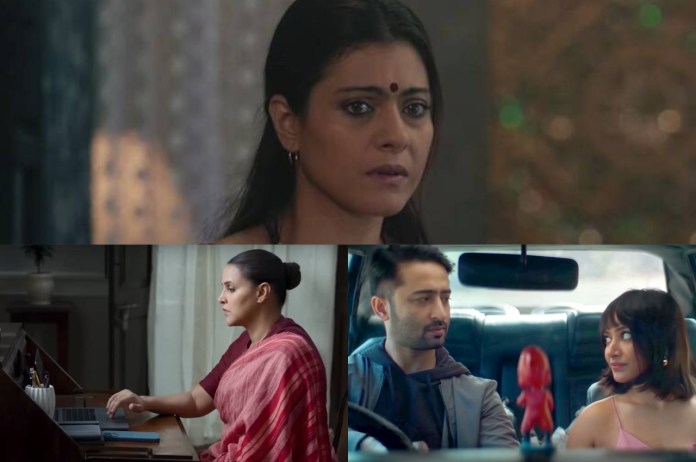 Amazon miniTV: Whenever you only have time for a lunch break during the day. When you don’t feel like dedicating yourself to a lengthy TV show that takes hours to finish, and you don’t have more than 30 minutes to spare. Mini-movie mania saves the day on such days. A short video can offer you the entertainment boost you need to improve your day, typically taking up no more than 30 minutes of your day. The Amazon India miniTV platform, which was introduced this year, offers a wide selection of mini movie mania for viewing.

While miniTV may offer a wide range of content, including stand-up comedy videos, fashion videos, and web series, its mini movie mania library is something to savour.

You can watch the following six incredible mini movie mania on this platform:

Both viewers and critics gave the movie excellent reviews after its premiere. A look inside the lives of Anagha, a mother, wife, and daughter-in-law who struggles to manage her personal and work life, is provided in this thought-provoking and moving movie. The short film stars Bhavesh Babani, Neha Dhupia, and Nasir Khan. Helmed by Jyoti Kapur Das.

What occurs when Tarun and Richa’s scheduled marriage deviates from learning things about one another on their very first date. The mini-movie starrer Tridha Choudhury, Praveena Deshpande, Pravina Bhagwat Deshpande. Helmed by Ritesh Menon and Vishal Parashar.

The story follows the trip of two strangers, whose paths cross on a deserted road and cause some tense detours. The movie stars Shweta Basu Prasad, Shaheer Sheikh, and Pankaj Avadhesh Shukla (voice).

A story about nine women navigating a strange sisterhood that was imposed on them by circumstances. The film cast Kajol, Shruti Haasan, and Neha Dhupia. Helmed by Priyanka Banerjee.

The young couple Ghazal and Inder, who is wildly in love with one another and blissfully reside in the home to which they feel an emotional connection, are the central characters of the novel. However, when some uninvited guests decide to trespass and disturb they are tranquilly, their perfect existence is put in jeopardy. The film stars Gopal Datt, Mrunal Thakur, and Avinash Tiwary. Helmed by Celina John.

The journey of Nayantara and Rahil, who choose to seek couples therapy to mend their strained marriage. The pair is pushed to make this desperate call due to a lack of love, broken trust, and the additional difficulties of a long-distance relationship. The film stars Shreya Chaudhary, Mrinal Dutt, and Madhura Gokarn. Helmed by Puja Banerji.