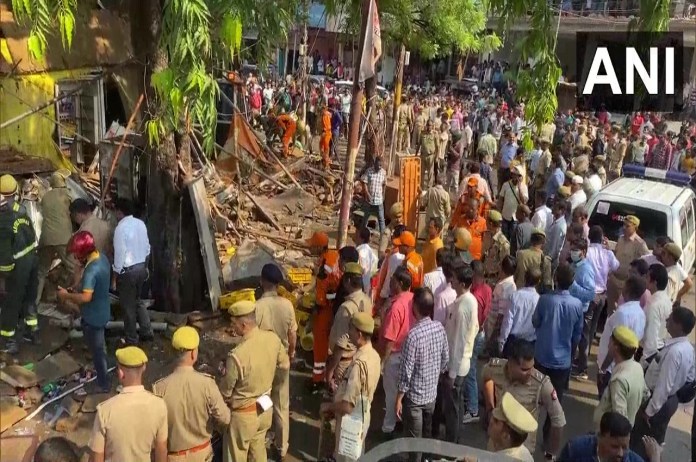 Prayagraj: Four people were killed and ten others injured after the roof of a house collapsed in Mutthi Ganj area in Prayagraj on Tuesday, news agency ANI reported quoting police.

“UP CM Yogi Adityanath has expressed deep grief over the loss of life in the accident of a dilapidated building that fell due to rain in district Prayagraj. Praying for peace to the departed souls, the Chief Minister expressed his condolences to the bereaved families,” tweeted the UP CM’s office.

Yogi Adityanath also announced Rs 4 lakh compensation to the families of the victims.

Taking note of the situation, the UP CM has asked the concerned officials to rush to the spot.

“The Chief Minister has directed the concerned DM and police officers to reach the spot immediately. District administration officials have been directed to provide free treatment to the injured. Along with this, instructions have also been given to provide financial assistance of ₹ 4 lakh to the next of kin of the deceased,” said the CMO in another tweet.

The SDRF personnel also rushed to the spot to take note of the situation.

The injured are being treated at the Swaroop Rani Nehru Hospital and their condition is stable, Circle Officer Sarvanand said, adding that the roof collapsed due to heavy rain.