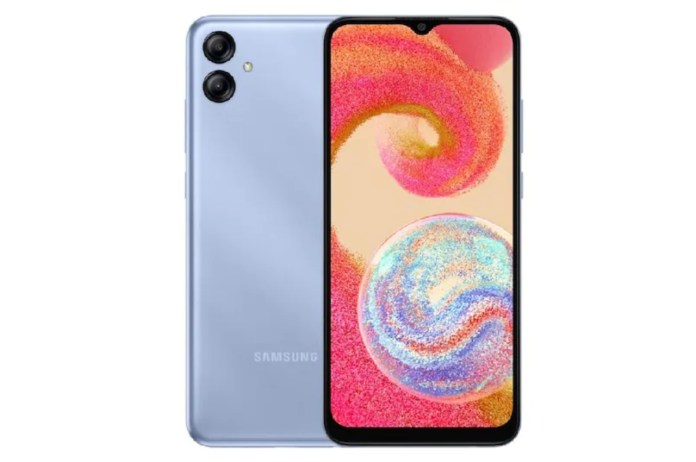 New Delhi: Samsung has launched another smartphone in its A-series. Samsung Galaxy A04e will be a budget device, which the company has released for entry level users. This handset belongs to the category of Samsung Galaxy A04 and Galaxy A04s, which have been launched recently. The handset comes with MediaTek Helio G35 processor.

This processor is about two years old. Full screen display, water drop notch and 13MP rear camera setup are available in the phone. To give power to the device, 5000mAh battery is provided. It has micro SD card support and 5MP selfie camera. Let us know its details.

Samsung Galaxy A04e  has a 6.5-inch HD + LCD display, which comes with Infinity V Notch. The smartphone comes with an octa-core processor. However, Samsung has not revealed its name. If reports are to be believed, then based on the benchmark score, this chipset can be MediaTel Helio G35.

This processor is used in many entry level smartphone devices. Dual rear camera setup has been given in the phone, whose main lens is 13MP. The secondary lens is of 2MP. Apart from this, an LED flash has been given in the rear side. In the front, the company has given a 5MP selfie camera. To give power to the device, 5000mAh battery is provided.

Not much information is available about the charging power of the handset. You can buy this phone in Black, Orange Copper and Light Blue. Its weight is 188 grams. It has micro SD card support, 3.5mm audio jack port and dual SIM support. Fingerprint sensor is not given in the device.

The smartphone comes in three configurations. You can buy it in 3GB RAM + 32GB storage, 4GB RAM + 64GB storage and 4GB RAM + 128GB storage. The brand has not announced the prices of this handset. There are speculations that the company can launch this smartphone in India soon.