Samsung Galaxy A23 5G: All you need to know about! 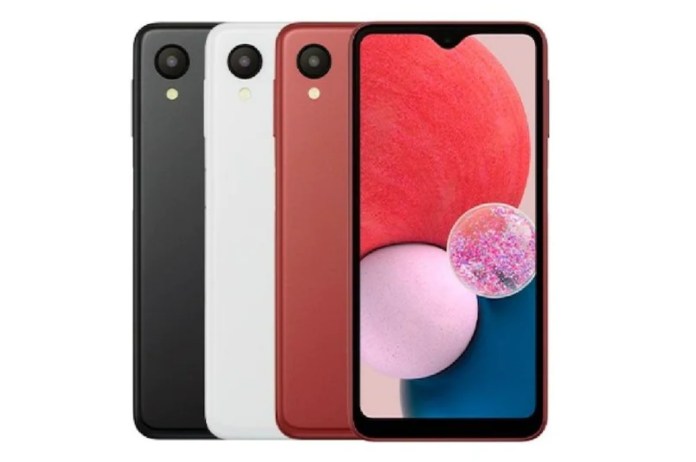 New Delhi: Samsung had secretly launched the Samsung Galaxy A23 5G in the global market some time ago. Now this phone has also been launched in Japan. However, the latest variant is different from the old model. In this you get 4000mAh battery, 50MP main lens and 5.8-inch TFT LCD display, which comes with HD+ resolution.

At the same time, the smartphone comes with MediaTek Dimensity 700 processor. The phone comes with 4GB of RAM. The handset works on One UI 4.1 based on Android 12. Let’s know the special features of Samsung’s budget 5G phone.

Samsung has launched this handset in Japan. The phone comes in only one configuration 4GB RAM + 64GB storage variant. You can buy it in three color variants – Red, White and Black. The price of this phone in Japan is 32,800 yen (about 19 thousand rupees). However, it is not known how long this phone will be launched in the global and Indian market.

What are the specifications?

In Samsung Galaxy A23 5G, you get a 5.8-inch TFT LCD display, which comes with HD+ resolution. The screen comes with water drop style notch. MediaTek Dimensity 700 processor has been given in the handset, which comes with Mali G57 GPU. In this you get only 4GB RAM and 64GB storage option.

The handset works on One UI 4.1 based on Android 12. To power the phone, a 4000mAh battery has been provided, which supports 25W charging. Charger is not available in the box with this Samsung phone. Micro SD card has been supported to expand the storage.

Talking about optics, it has a single rear camera of 50MP, which comes with LED flash. In the front, the company has given a 5MP selfie camera. The phone comes with dual sim support, Wi-Fi, GPS, Bluetooth, NFC and USB Type-C charging port.