Triple card slot has been given in the handset with dual sim support. In this you have been given a separate space for Micro SD card. 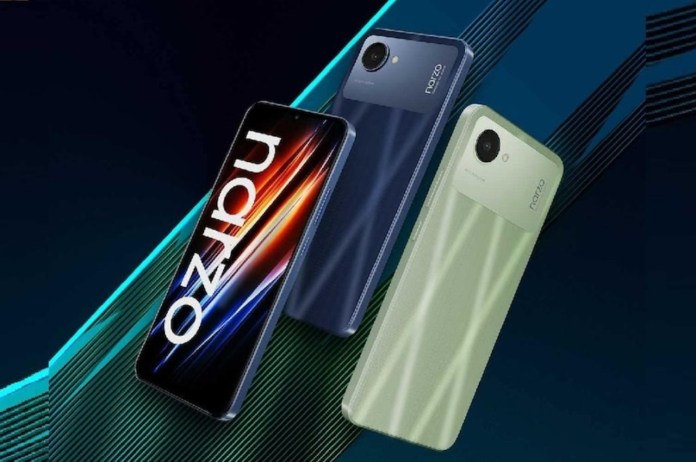 New Delhi: Realme has launched its new smartphone Realme Narzo 50i Prime. 5000mAh battery has been given in this phone. The company claims that the phone comes with audio playback time of up to 4 days. This is the company’s budget handset, which comes with average features. It has a 6.5-inch display.

Triple card slot has been given in the handset with dual sim support. In this you have been given a separate space for Micro SD card. You can buy Realme Narzo 50i Prime in two color options. Let us know the price and other features of this handset.

Reality has launched this phone in two configurations. You can buy this device from the official website of Amazon and Reality. The price of 3GB RAM + 32GB storage variant of Realme Narzo 50i Prime is Rs 7,999. At the same time, its 4GB RAM + 64GB storage variant is priced at Rs 8,999.

You can buy it in two color options – Dark Blue and Mint Green. Its first sale is on 23 September. That is, the smartphone is part of the Amazon Great Indian Festival Sale. Prime members can get this phone a day before i.e. on September 22.

You will get a 6.5-inch display in the Narzo 50i Prime, which has a screen to body ratio of 88.7%. The display comes with a peak brightness of 400 Nits. The handset works on Unisoc T612 processor. However, the company has given Realme UI Go Edition based on Android 11 in it.

Talking about optics, it has an 8MP AI camera. In the front, the company has given a 5MP selfie camera. To give power to the device, 5000mAh battery is provided. In this you get 4GB of RAM and up to 64GB of storage option. You can expand the storage up to 1TB with the help of micro SD card. The weight of the phone is 182 grams.