Realme 10 Pro series launching in India on THIS date 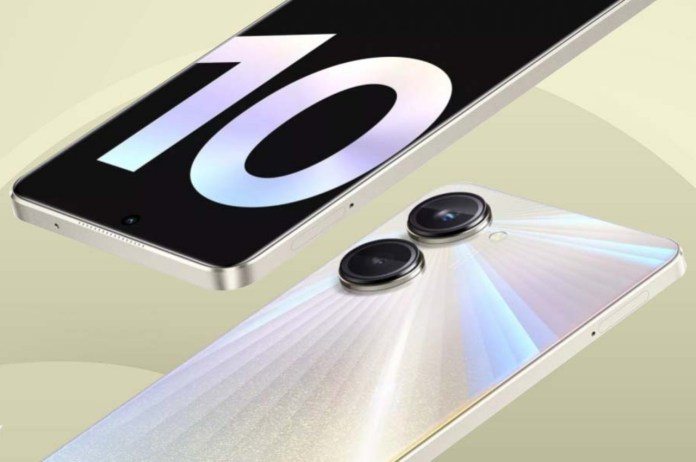 New Delhi: Realme is soon going to launch its new smartphone in India. The company has also dropped its teaser and launch date details. Realme 10 Pro series will be launched on 8 December. In this series, we can get to see two phones. The series will come with 108MP camera, 5G support and strong battery setup.

The company has recently launched these phones in the Chinese market. You will be able to buy these phones in India through Flipkart. In addition to the 108MP camera, this time there is also a curved display in the main highlights. Let’s know the special things of these smartphones.

What will be the features in Realme 10 Pro series?

Both the phones of the series will be launched with 5G support. Realme 10 Pro 5G will get a 6.72-inch FHD + LCD display. It will have a refresh rate of 120Hz. The peak brightness of the screen will be of 680Nits. The phone will get Qualcomm Snapdragon 695 5G processor, which will come in up to 12GB of RAM and up to 256GB of storage option.

Talking about optics, it will get a dual rear camera setup with 108MP main lens and 2MP secondary lens. In the front, the company will have a 16MP selfie camera. The handset will come with Realme UI 4.0 based on Android 13. To power the device, 5000mAh battery and 33W fast charging can be supported. For security, it will get a side mounted fingerprint sensor.

On the other hand, if we talk about its Pro variant, then it will get a 6.7-inch FHD+ Super AMOLED curved display. A refresh rate of 120Hz will be given in the phone. Handset works on MediaTek Dimensity 1080 processor. There will also be an option of 12GB RAM and 256GB storage. You can expand the storage with the help of micro SD card.

Realme 10 Pro+ will also come with Android 13. It will get in-display fingerprint sensor, 5G support, dual band WiFi, Bluetooth, GPS and USB Type C port. To power the handset, a 5000mAh battery will be available, which will support 67W fast charging. It will have a triple rear camera setup with a 108MP main lens. A 16MP selfie camera is available in the Chinese variant front.

What will be the cost?

The company has launched these handsets in the Chinese market. Realme 10 Pro has been launched in China at an initial price of 1599 yuan (about Rs 18,300). This price is of 8GB RAM + 256GB storage variant of the phone.