According to the details of Brar, this phone can have Snapdragon 695 processor and this phone will have Full HD plus display with 120Hz refresh. 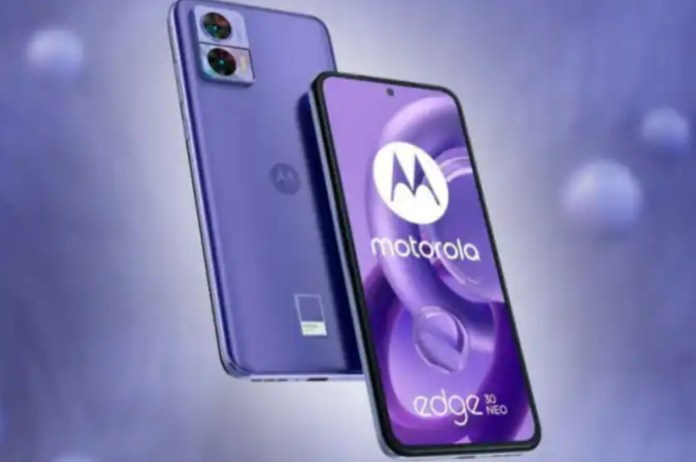 New Delhi: Motorola is going to launch a new series in September. According to the news, the specification of this smartphone has been leaked even before the launch. Information has come to the fore that information about the battery, processor and storage of this phone has been given by tipster Yogesh Brar. According to the details of Brar, this phone can have Snapdragon 695 processor and this phone will have Full HD plus display with 120Hz refresh.

It has been clarified in the reports that this smartphone can be launched on September 8 this month itself. A lot of specification of this phone has been talked about but no information has been given about the price of the phone. But looking at the specifications of this smartphone, its price is being estimated, which can be between Rs 25,000 to Rs 32,000.

Also Read :- Tech tips: How to use ‘free internet’ after mobile data is exhausted? Check here

Let us know in detail about the specification of Motorola’s new smartphone.

According to the news, the tipster has told that the phone can have a 6.2-inch OLED display. The Snapdragon 695 chipset can work in this smartphone, which will be helpful in powering the Moto G82 5G as well.

It is being told that the Motorola Ed 30 will have a dual rear camera, whose main lens will be 64MP. Along with this, the front camera of this smartphone can be of 32 MP. For the secondary sensor, an ultrawide angle camera can be seen in it, which will be of 13MP.
Now let’s talk about the operating system of this smartphone. This phone can come out of the box with Android 12 operating system.

As far as the battery is concerned, a 4020mAh battery can be given in this phone, with which 33W fast charging support will also be available.

Also Read :- How to block YouTube ads on Android and computer

Phone makers normally only give storage up to 128 GB. But the variant choice has been given in this series of Motorola smartphones, Motorola Edge 30 can come in 6GB RAM and 128GB variants and 8GB RAM and 256GB variants. This is a big and good news for those who love Motorola.