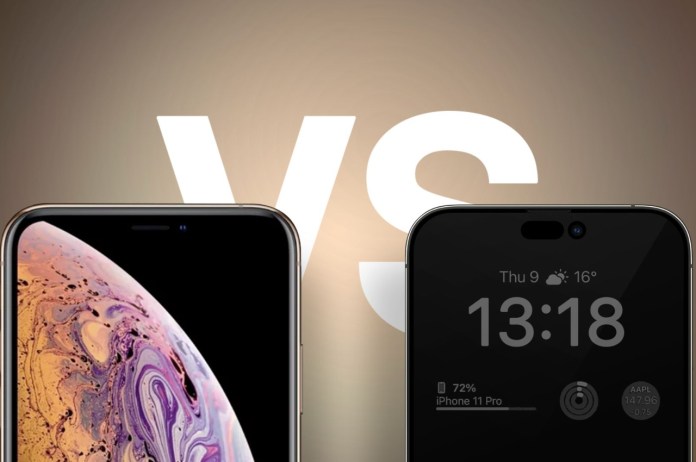 New Delhi: The next iPhone is soon to come, and if you opt for the top-of-the-line iPhone 14 Pro, it will be a radically different device. The top-of-the-line model is expected to come with a new pill-shaped display, a better camera and a processor upgrade, and that will almost certainly happen this year.

For someone still using the iPhone X, the upcoming iPhone 14 Pro will be radically different. Launched in 2017, the $1,000 iPhone X helped expand the premium smartphone market as it is known today. If you’re thinking about upgrading from the iPhone X to the iPhone 14 Pro, you might be wondering: what exactly is the difference between the two models?

Here’s everything you need to know about how the iPhone 14 Pro compares to the iPhone X based on rumors so far.

The iPhone X, which debuted five years ago, brought a fresh design language to its iPhone. In fact, the iPhone X still looks fresh with a 5.8-inch display that stretches from one end to the other; it covers the entire front, with only a thin and no home button.

Newer iPhones still use the basic design template introduced by the iPhone X, including the notch that houses FaceID. The iPhone 12 introduced a completely flat design along with edges. Last year’s iPhone 13 didn’t really change the basic design, except for a smaller notch and a different camera layout.

As is usually the case with new iPhones, the cameras usually get improved capabilities, and the iPhone 14 Pro will be no different. When the iPhone X hit the market, it outperformed rival Android smartphones when it came to the camera system, with dual 12MP rear cameras — an f/1.8 wide-angle shooter and an f/2.4 telephoto lens.

While the iPhone X’s camera isn’t bad, it’s nowhere near the iPhone Pro’s camera system, which not only has three lenses (the main camera, an ultra-wide shooter, and a telephoto lens), but also excellent low-light capabilities and a LiDAR sensor.

In the case of the iPhone 14 Pro, the high-end smartphone is expected to feature an improved 48MP camera sensor compared to the 12MP of previous iPhones. Apple may also upgrade the front cameras on the iPhone 14 series. Apple is said to have chosen a supplier for its front camera to produce a higher-end lens.

The A11 processor in the iPhone X is fast and should be capable enough to run your favorite games and must-have apps for at least a year or two. But compared to the A16 chip used in the iPhone 14 Pro, the new processor will certainly outperform the A11 in both benchmarks and real-world usage.

Teardowns revealed that the iPhone X came with 3GB of RAM; a similar teardown revealed 6GB of RAM on higher-priced iPhone Pro models.

Although Apple isn’t talking about battery size, the iPhone X had a 2,716 mAh battery. This helped the phone last more than a day on a single charge. We don’t know much about the iPhone 14 Pro’s battery life, but compared to last year’s iPhone 13 Pro Max (the one with the 6.7-inch screen), this phone lasted much longer in our 4G web browsing battery test.

Apple has added a new MagSafe feature to its new iPhone models, which allows compatible accessories to be attached using magnets. Of course, the iPhone X doesn’t have the MagSafe feature.

It’s been five years since the launch of the iPhone X, and in all those years, Apple has introduced many new features to the iPhone. If you’re considering upgrading to a new iPhone, wait until the iPhone 14 Pro hits the market in September, or whenever Apple plans to hold its high-end hardware event later in the year.