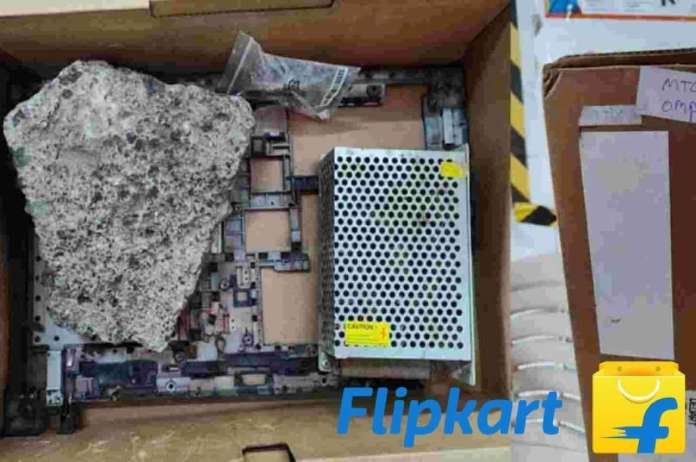 Flipkart Online Fraud: Since the inception of its Big Billion Days sale, Flipkart has been in the news. There have been numerous such fraud cases, which have eroded customers’ trust. People have the most trust in Flipkart as an e-commerce site, but with the recent cases of fraudulent delivery, people are afraid to order anything.

Chinmaya, a Bangalore resident, had purchased a gaming laptop from Flipkart. However, instead of the gaming laptop Asus TUF Gaming F15, the user received a large stone.

According to the user, he purchased the Asus TUF Gaming F15 gaming laptop from Flipkart’s Diwali sale for Rs 55,990. However, a large stone and some electronic parts (e-waste) were discovered in the Flipkart order. It is said to be investigating on behalf of the company. In addition, the customer has been assured of a refund.