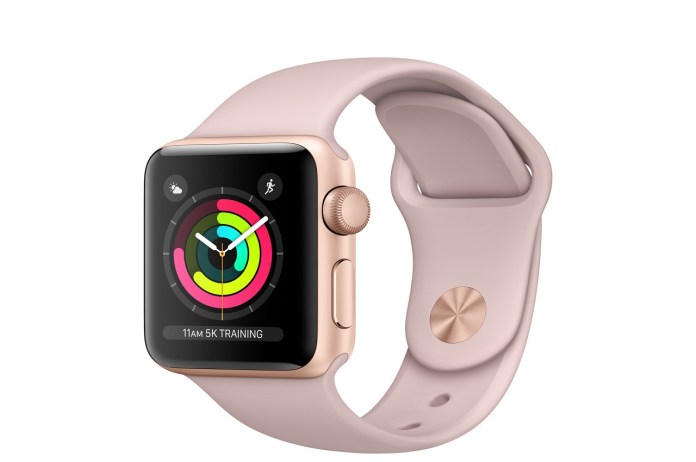 Apple watch: In a surprising incident, an Apple Watch has reportedly been credited with spotting a 12-year-old girl’s rare cancer before she was even aware of it, with the help of its heart rate notifications feature.

As reported by Hour Detroit, 12-year-old Imani Miles and her mother Jessica Kitchen now view the Apple Watch as more than just a gadget.

The concerned mother took her daughter to the hospital, where the doctors noticed a tumour in her appendix. It was then that they learnt of a “neuroendocrine tumour” on her appendix, which according to doctors is “rarely seen in children”, the report said.

After further examination, the doctors found that the tumor had spread to the other parts of Imani’s body. She had to undergo surgery to remove the cancer. But everything turned out fine after the surgery.

Kitchen told the daily that if not for the watch, she would have taken Miles to hospital much later, which would have turned fatal for her. “If the watch didn’t go off, I probably would have just waited and taken her in the next couple of days,” Jessica was quoted as saying.

“If she didn’t have that watch, it could have been so much worse,” she added.

According to the report, Imani had surgery at C.S. Mott Children’s Hospital in the US to remove the remaining tumour.

Earlier this month, an Apple Watch had detected a 34-year-old woman’s pregnancy.

In July, a woman’s heart was detected with a rare tumour after she received multiple alerts that her heart was in atrial fibrillation.