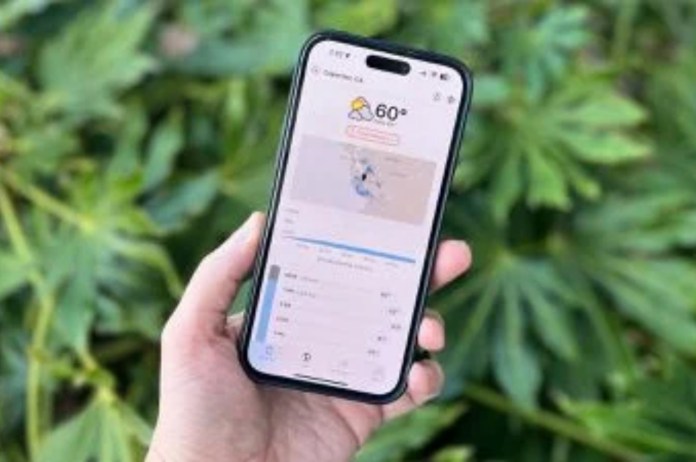 New Delhi: If you are an iPhone user then there is an important news for you. In fact, while making an official announcement, Apple has informed that the company has discontinued one of its popular apps. Apple has discontinued its Weather app Dark Sky. The company had acquired this app in April 2020 and now the company has decided to remove this app from the App Store after a few months. Now this app will not be able to provide its service, but there is nothing to worry about, because the Apple Weather app will continue to work as before.

When Apple acquired this app in the year 2020, during that time Apple already provided pre-installed weather app in iPhone, Mac and iPad. After which the features of Dark Sky were integrated with Apple. Apple Weather gives information about hyper local forecast based on the current location of the user. Along with this, it also gives information about the weather after 1 hour. Not only this, in this you can also get weather information for the coming 10 days.

Still available on some OS

Apple Weather is currently live on iOS 16, iPadOS 16 and macOS 13 Ventura. Such users will be able to use it who have not used it yet. This information has been shared by Apple itself. According to the company’s announcement, Apple will shut down the API of third party weather apps of its Dark Sky app from March 31. Let us tell you that Dark Sky’s Android and Wear OS apps were terminated in July 2020 i.e. 2 months after the acquisition and now it is also being removed from the App Store.

The company is working on new iPad Pro models

Recently, Mac Reports has shared this information that Apple is working on new iPad Pro models. According to the report, the company is preparing two new OLED iPad Pro models, which can be launched early next year. Along with this, the company can also launch a new mini iPad during this time. According to the reports, many changes can be seen in the hardware of the new iPad. New chipset and many new things can be included in it for better speed of iPad and to make it multi task. However, the company has not yet made an official announcement about this.