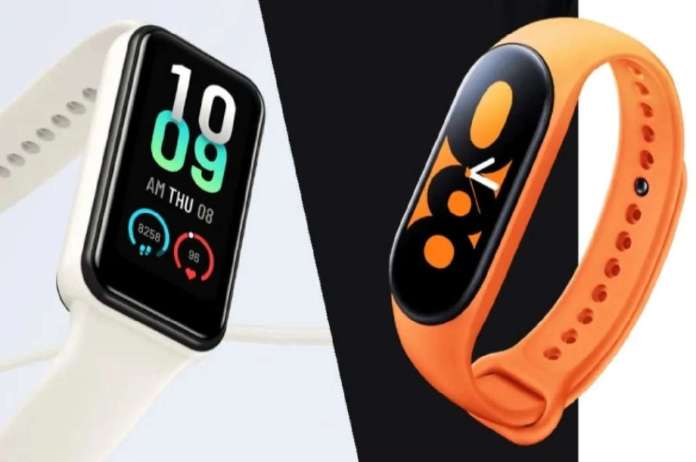 Amazfit Band 7 Release Date, Price in India: Are you considering purchasing a band that can help you with both your fitness and your health? If so, get ready because an amazing fitness band will be introduced in the Indian market in a few days.

Amazfit, a fitness wearable company, will soon launch its Band 7 in India. It was released in the global market in July of this year, but it will now be released in the Indian market in October. Let us know when the Amazfit Band 7 will be available in India, as well as the price and other details.

The price of the Amazfit Band 7 in India has not yet been announced. However, ahead of the smartwatch’s launch in India, Amazon India has launched a microsite dedicated to it. Its global price remains at $ 49.99. (about Rs 3,650). It will come in four different colours: Beige, Black, Blue, Green, Orange, and Pink.

The Amazfit Band 7’s display will be 1.47 inch HD AMOLED. Its screen will have a resolution of 198 x 368 pixels and a pixel density of 282 PPI. This Band 7 has a 5 ATM water resistance rating. The band also includes 120 sports modes, 24/7 heart rate and blood-oxygen monitors, Amazon Alexa, and other features.

Concerning the battery, the company claims that this wearable has a battery life of up to 18 days with normal use and up to 28 days with battery saver mode. Amazfit Band 7 has 120 sports modes as well. Band 7 has a water resistance rating of 5 ATM.