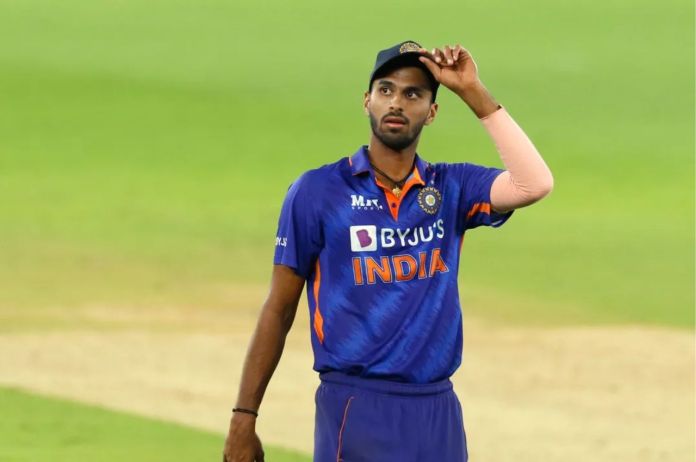 New Delhi: India player Washington Sunday has been injured and thus ruled out of the upcoming three match ODI series against Zimbabwe.

To replace the player, BCCI has announce the entry of Shahbaz Ahmed in the squad as the team eyes on continuing their series winning streak.

“Washington Sundar injured his shoulder while playing a County game in England. He has been ruled out of the Zimbabwe tour,” read the BCCI statement.

“The All-India Senior Selection Committee named Shahbaz Ahmed as the replacement for Washington Sundar for the three-match ODI series against Zimbabwe,” it added.

The likes of Rohit Sharma, Virat Kohli and Rishabh Pant have rested for the series as the team prepares for the upcoming Asia Cup 2022.