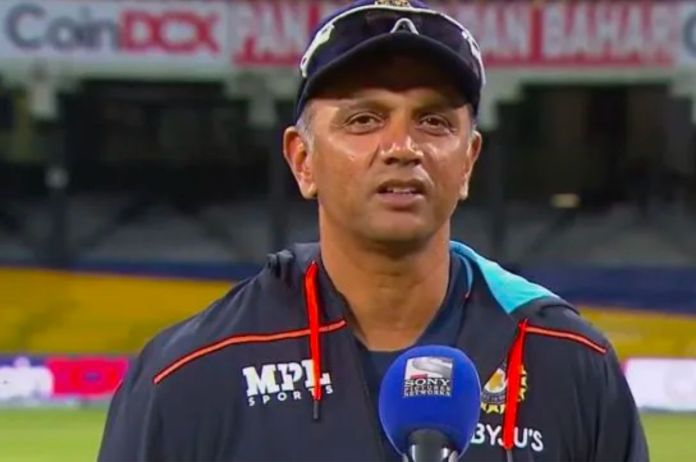 New Delhi: India all-rounder Ravindra Jadeja has suffered a knee injury and recently been ruled out of the ongoing Asia Cup 2022. Jadeja is reported to undergo a knee surgery and fans have started to be concerned whether he would play T20 World Cup.

When the Indian head coach Rahul Dravid was asked the question, he said that he doesn’t want to jump to any conclusion.

The World Cup is a fair way away, so we don’t want to jump to any conclusions and rule him out or rule him in. We’ll see how it goes,” he added.

People get injured, its part of sports –  Rahul Dravid

“It’s part of sports. People get injured. It’s part of our job to try and manage them, manage how it goes.”

A lot will depend on the rehab and the severity of the injury. We’ll see how it goes,” he continued.

“I don’t want to rule him out or make too many comments until we have a much clearer picture and we have a better idea. Specially the World Cup is 6-7 weeks away now,” the India head coach concluded.

Axar Patel has been chosen as the replacement of the India all-rounder for the marquee tournament.