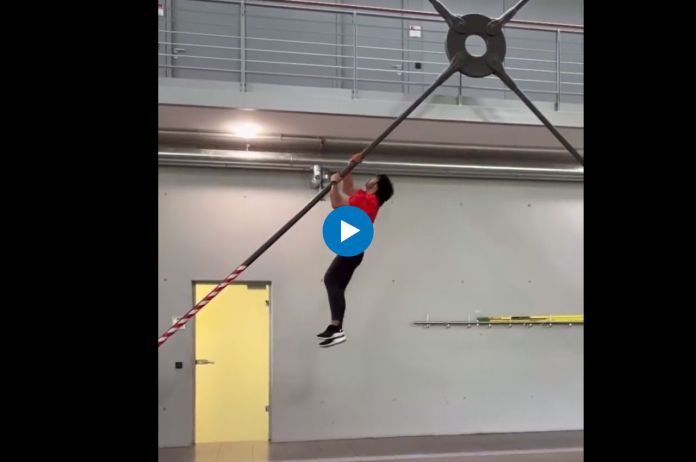 New Delhi: India ace-athlete Neeraj Chopra is seen sweating out hard in the training session preparing for the upcoming tournaments.

Chopra did not participate in the recently Commonwealth Games 2022 due to an injury and now will be looking forward to play brilliantly in the upcoming tournaments.

Neeraj Chopra created history by winning a gold medal at the Tokyo Olympics 2021 and he has kept his performance high ever since.

In the World Athletics Championships, Chopra finished second and got himself maiden World Champions silver medal. He couldn’t participate in the CWG 2022 after an injury.

The young Indian athlete aims to beat the 90m mark by the time he participates in the Paris Olympics 2024.

Neeraj Chopra may participate in Diamond League –
After missing on the CWG2022, Chopra may set his plans for another medal in the Diamond League that is set to start on August 26 in Switzerland. But the star athlete hasn’t announced anything yet.