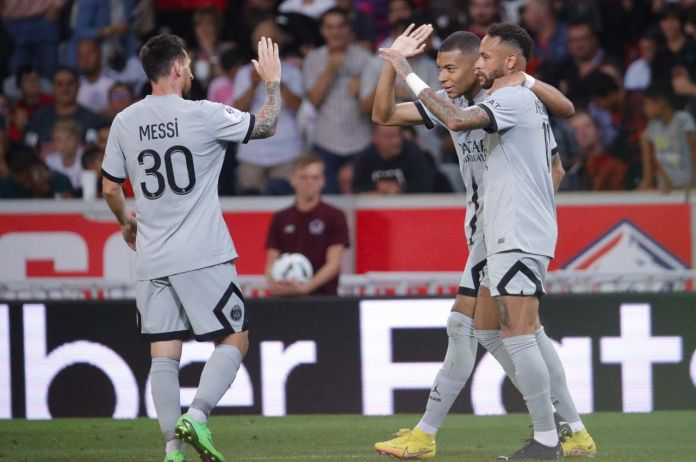 New Delhi: French forward Kylian Mbappe scored within eight seconds for Paris Saint-Germain during the Ligue 1 match against Lille at the Stade Pierre-Mauroy in Villeneuve-d’Ascq, France. This goal is now the fastest in the history of the French league.

Neymar took the kick-off and passed the ball to Marco Verratti who passed it back to the Brazilian. Neymar then passed the ball for Lionel Messi who provided a long assist from inside PSG’s half. Mbappe timed his run through the Lille defense perfectly before finishing the move with his right foot to beat goalkeeper Leo Jardim.

French Champions PSG beat Lille 7-1 with the 23-year-old scoring a hat-trick. Neymar scored a brace, while Messi and fullback Achraf Hakimi scored one goal each in a devastating display of their dominance in the French league.

Stories of tensions between two of PSG’s superstars, Mbappe and Neymar, had been around the club this week but the Brazilian scored twice and Mbappe three times.

“It’s a real satisfaction to see them happy on the field, playing for each other,” PSG coach Christophe Galtier said.

“Obviously there is talent, and when this talent comes together, it makes for a very enjoyable match,” he added.