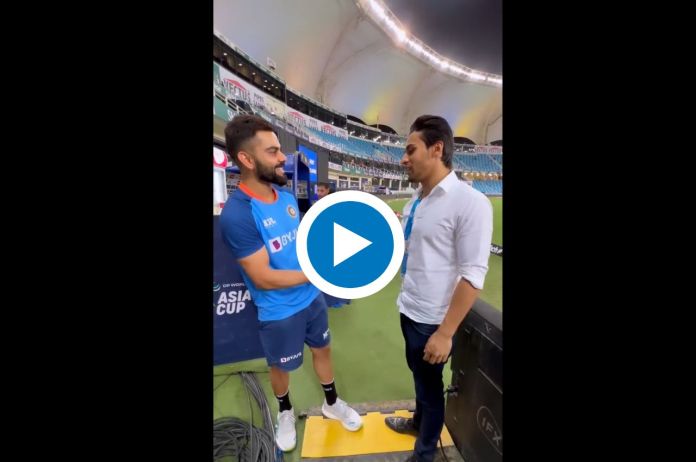 New Delhi: India won their opening Asia Cup 2022 fixture against Pakistan after a nail-bitting contest. The match gave many exciting moments to cricket fans all around the world and thus, a lot of memes were created to celebrate the victory.

Sharing the glimpses from the meeting, Saqib shared a video on his Twitter account and wrote, “A great sportsman and a humble personality. The one and only @imVkohli. Good to see him back in form! What a game tonight! Shall see you in the Final!”

A great sportsman and a humble personality. The one and only @imVkohli 🙌🏻 Good to see him back in form!

What a game tonight! 🔥

Earlier in 2019, Saqib had expressed disappointment on the loss of Pakistan against Indian in ODI World Cup by 89 runs. While giving his inputs on game in the media, he had said aggressively, “waqt badal, jazbat badal gae, maaro mujhe maaro.”

Hardik Pandya remained the star of the game as he pulled off an excellent 33-run knock right at the time when India needed it the most.

Commenting on the game, Pandya said, “I always knew that there is one young bowler and also one left-arm spinner. We only needed 7 off the last over but even if we needed 15, I’d have fancied myself. I know the bowler is under more pressure than me in the 20th over. I try to keep things simple.”