Irfan Pathan savage reply to Momin Saqib, says THIS ahead of India vs Pakistan 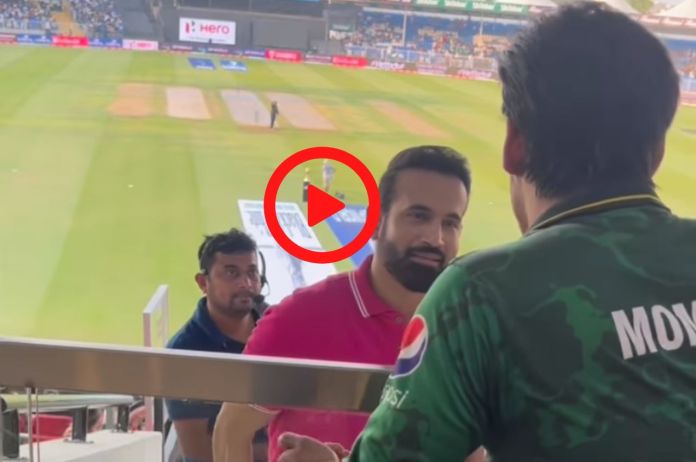 New Delhi: India will be playing its first Super 4 match against Pakistan today. Before this match, Momin Saqib, a fan popular for his ‘Maaro Mujhe Maaro’ statement, asked a question from former cricketer Irfan Pathan, whose answer is going viral.

Seeing Irfan Pathan passing, Momin Saqib, Pakistan fan stopped and asked how are you Irfan Bhai? After this, it seems to him that what will happen in tomorrow’s match? In response, Irfan says, ‘what has always happened will happen again.’ On this, the fan says ‘like World Cup?’ Irfan laughs and says that once it happened by mistake and then he started laughing.

Earlier in 2019, Saqib had expressed disappointment in the loss of Pakistan against India in ODI World Cup by 89 runs. While giving his inputs on the game in the media, he had said aggressively, “waqt badal, jazbat badal gae, maaro mujhe maaro.”