Indian fans celebrated the win against Pakistan in various manners and one of the fans came to Shaheen Afridi to thank him. 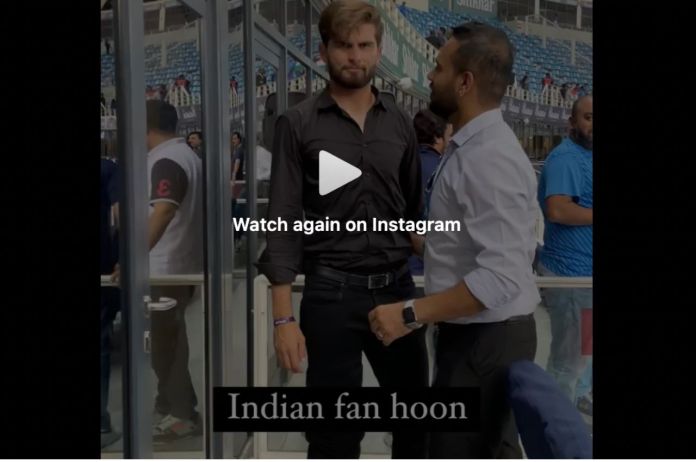 New Delhi: India started their Asia Cup 2022 tournament with a thumping win against their arch-rivals Pakistan. Team India was playing without Jasprit Bumrah as he was omitted after the injury.

On the other hand, star Pakistan player Shaheen Shah Afridi was ruled out of the team after an injury in the practise session.

Indian fans celebrated the win in various manners and one of the fans came to Shaheen Afridi to thank him. While shaking hands with the Pakistan bowler, he said, “thankyou for not playing, we won because of that.”

Team India will fight against Pakistan once against on Sunday as both the teams have qualified for the next round. The two teams have yet another chance to fight against each other if they manage to reach the finals of the tournament.