Ind vs NZ 3rd ODI: Shubman Gill smacks 22 runs in an over 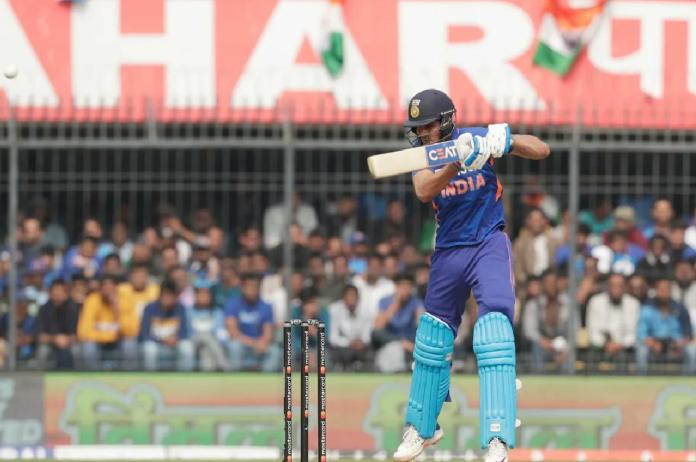 New Delhi: The third and last One Day International (ODI) match between India and New Zealand is being played at Holkar Stadium in Indore. The men in blue seems to be moving towards a big score.

Rohit Sharma and Shubman Gill have got off to a brisk start. On the other hand, Shubman Gill fired on the Kiwi bowler, Gill scored 22 runs by hitting 5 boundaries in a single over of Bill Tickner.

Shubman Gill smashes 22 run in an over

Blair Tickner came with the eighth over of the first innings of the match, but Gill was standing with some other intention, Gill hit a four on the first ball, he took out a dot in the second ball, but after that Shubman Gill hammered four boundaries in a row, Gill smashed Tickner for a maximum on the third and fourth balls, after that Gill again went for a mighty six and again hit the last ball for a four.

𝐈𝐂𝐘𝐌𝐈!@ShubmanGill smacks 22 runs in one over 💥#INDvNZ | #TeamIndia

Shubman Gill played a shot for six exactly like Sachin Tendulkar. Sachin hit a six against Pakistan in the 2003 World Cup, in exactly the same way. Gill’s video soon started trending on social media after that shoot.

1️⃣0️⃣0️⃣ comes up as well for the opening wicket.

Rohit Sharma was also surprised to see the shot from Shubman Gill. Gill has completed his half-century, he has hit 8 fours and 2 sixes. Captain Rohit is also seen in excellent rhythm today. Rohit is reaches near his hundred.