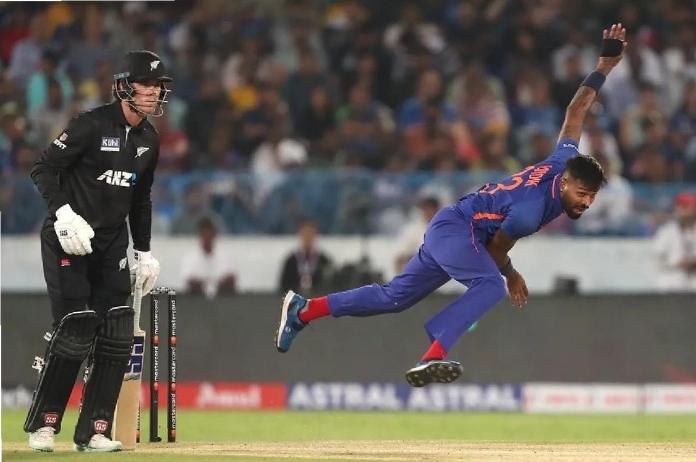 New Delhi: India and New Zealand are playing their 3rd and last One Day International (ODI) at Holkar Stadium in Indore. India set up the 356 runs target against the visitors. Captain Rohit Sharma and opener Shubman Gill shared 212-runs partnership.

After that Hardik Pandya took the batting command in his hand. The all-rounder played a brilliant inning of 54 runs for Team India, Hardik Pandya did wonders with the ball. He clean bowled New Zealand opener Finn Allen.

Allen departs for a duck

The kiwi openers flopped once again for New Zealand. Pandya bowled Finn Allen on the second ball of the first over. On this ball, Pandya delivered back of the length ball, Allen hanged his bat away from his body without any foot movement. Allen dragged it off for the inside edge and India got his first breakthrough.

How about that for a start! 👌 👌@hardikpandya7 strikes early to dismiss Finn Allen 👍 👍

If New Zealand wants to win this match, then Kiwi have to score 386 runs. At present, the Kiwi team has scored 79 runs at the loss of 1 wicket after 11 overs. Devon Conway 37 and Henry Nicholls are standing at the crease after scoring 37 runs.