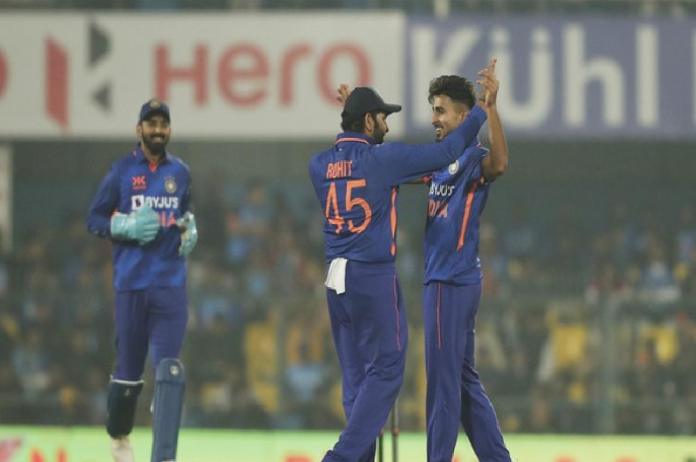 Indian young pacer, Umran Malik came in action just after the power-play. In the 14th over of the Sri Lankan chase, Malik troubled the batters with his pace and doesn’t gave Islander chance to relief.

Mohammed Shami and Mohammed Siraj started the Indian bowling line-up with the impressive line and length. Siraj dismissed Avishka Fernando and Kusal Mendes earlier in the match and put the visitors on the backfoot. Hardik Pandya also contributed with ball on the Guwahati pitch that has some seam on it.

This start gave the chance to Umran Malik the platform to cooldown his nervous. The Jammu born pacer scalped 2 wickets from his first four overs, for just 22 runs. Umran bowled well to the left-handers of Sri Lanka with his hard length bowl and troubled the batters.

Umran’s 156 kmph delivery now hold the record of fastest bowl by an Indian in ODI, T20i and IPL. His fastest T20i delivery was  155kmph, against Sri Lanka and in IPL while playing for Sunrisers Hyderabad against Mumbai Indian, the spearhead bowls 157kph.

”I have played 6 games, I just want to bowl well and in the right areas. The wicket was flat, I spoke with Siraj bhai, Shami bhai, and the input was to make the most of my pace. I want to be as accurate as possible,” he said after India’s win.

The speedster also scalped three wicket for 57 runs with the economy rate of 7.13. He dismissed opener P. Nissanka who scored the half-century. Then he departed Asalanka and Wellalage for 23 and 16 runs.