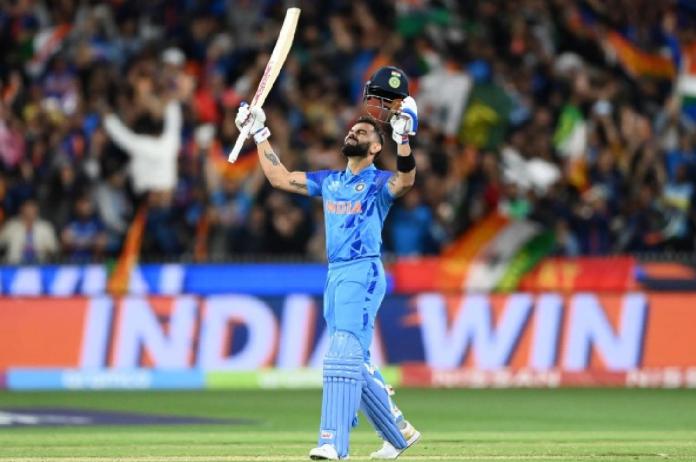 New Delhi: Virat Kohli registered his second One Day International century of this year against Sri Lanka at Greenfield Stadium in Thiruvananthapuram, Kerala. This marks the third hundred in 4th ODI matches for the King Kohli.

With this ton, Virat has reached his 74th International centuries. The 34-year old batter came to the crease at 17th over, when skipper Rohit Sharma departed after scoring 49 runs.

By scoring this hundred, Virat Kohli has broken the record of Indian batting great Sachin Tendulkar of most centuries on home soil. This is Kohli’s 21st century on Indian soil in which he has equaled a big record of God of Cricket Sachin Tendulkar.

Earlier, Sachin Tendulkar was on top with 20 centuries in terms of scoring the most centuries at home. The Master Blaster scored his last century at home in 2011 against the team of South Africa.

What a picture, best picture of the day – King Virat Kohli. pic.twitter.com/Y18e0fXjNq

Most Centuries in Home Ground

The player who scored the most ODI centuries at home.

Virat Kohli became the fifth player to score the most runs in the ODIs. Before today’s mindblowing game, Kohli was at number six with 12,588 runs in the list of highest run scorers in ODIs while, Mahela Jayawardene was at number five with 12,650 runs.

As soon as he scored 63 runs in the match, Virat left Jayawardene behind and became the fifth highest run scorer.