Hockey World Cup 2023: Everything you need to know about Quarter-final 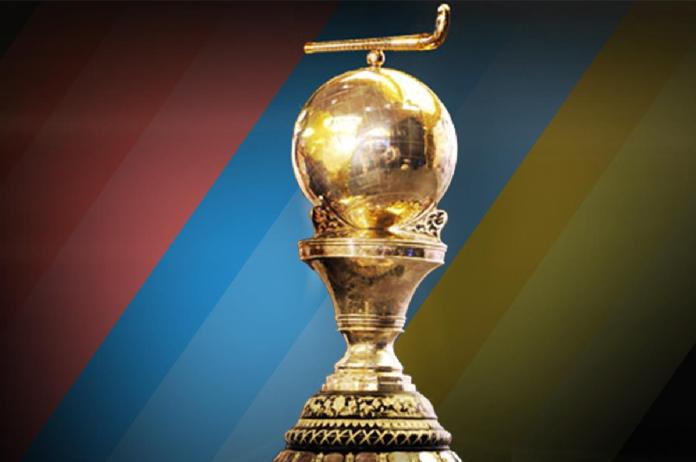 New Delhi: After 28 matches and only eight teams are alive in the race of becoming world champions, hockey World Cup has entered it’s quarter-final stage. Quarter-final will start from January 24 and all the matches are set at Kalinga Stadium, Bhubaneshwar.

World first ranked Australia will take on resurgent Spain and the defending champions Belgium will faceoff with the host-beater New Zealand on January 24.

In the second quarter-final Pool D topper England will lock-horn with the Germany and South Korea will face stern taste of mighty Netherlands.

We move another step closer to the finals of FIH Odisha Hockey Men's World Cup 2023 Bhubaneswar-Rourkela.

The world number one team Australia has entered the World Cup with the aim to equal the record of Pakistan (Australia have 3 World Cup and Pakistan 4). They began their campaign with an 8-0 drubbing of France before a 3-3 draw with Argentina left them in a strong position to finish first in the group. In their final group game, they put nine past South Africa (9-2) soaring into the quarters with 7 points and a +15 goal difference, including 20 goals scored and five conceded.

Their opponents Spain on Tuesday took a very different route to the quarterfinals, with Spain coming third in Group D after registering two losses (0-2 vs India and 0-4 vs England) and a single 5-1 win against Wales.

But after a penalty shootout crossover win against Malaysia, with the scores level at 2-2 following regulation time, the Spanish team will take some confidence into the all-or-nothing matchup.

New Zealand entered the tournament with the tag of underdogs, but now they are confident enough to give tough fight to the reigning Belgium. The defending champions Belgium finished first in Group B, level on points with Germany. Their superior goal difference (+11 compared to Germany’s +8) saw them through to the quarterfinals, avoiding the potential banana skin of a crossover match.

The men in black only managed a single win in the group stage, a 3-1 victory over Chile on matchday 1 that was followed by a 0-4 loss to the Netherlands and a 3-2 defeat to Malaysia.

However, in what was the biggest spoiler of the tournament so far, New Zealand beat India 5-4 on penalties in their crossover match and crashed the dream of host to lift the glittering trophy.

Waiting for the mighty orange army is the South Korea in the quarter-final. Netherland looks favourite to lift the World Cup for the joint fourth time. Perhaps the most thrilling stat for Netherlands fans in the 2023 tournament is that they are yet to concede a single goal after three group-stage outings.

But their appearances in the final of the last two tournaments show the men in orange are still a force to be reckoned with.

The Koreans went through after a thrilling penalty shootout win (3-2) that followed a 5-5 draw in regulation time. They will be the sole representatives of the Asian continent in the last eight.

Now they face one of the tournament favourites in the quarterfinals of the competition, hoping to pull off another miracle that would see them through to the semis.

The last quarter-final is slatted between England and Germany. England got their World Cup off to a winning start with a 5-0 victory over Wales, before a 0-0 draw against host nation India. After beating Spain 4-0 in the final group game, the English soared through to the knockout rounds as a result of their superior goal difference, leaving India settling for second place in the group only to exit the tournament in the crossover round.

While, Germany entered the quarter-final via crossover route. A 5-1 victory over France in the crossovers has set up the clash with England, which has the potential to be one of the ties of the tournament so far. Germany finished second in their Group behind Belgium, after a 3-0 victory against Japan, a 7-2 win against Republic of Korea and a 2-2 draw against the defending champions.

Quarter-final will played on January 24 and 25.

All the eight matches will be played at Kalinga Stadium, Bhubaneshwar.

Star Sports has the broadcasting rights in India of FIH Hockey World Cup 2023.