Video of Chris Lynn’s 117-m sixer out of Gabba getting viral: Know what did he do after smashing shot! 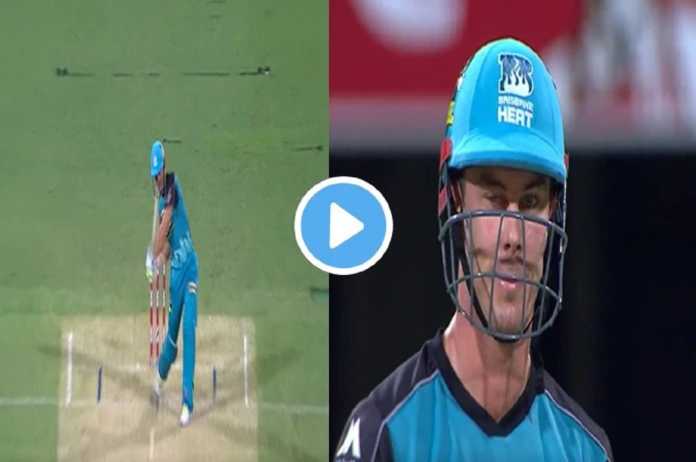 Chris Lynn’s 117-m sixer: As Indians are crazy for IPL, the Australians are passionate too for Big Bash League, where cricket fans throng the stadium to watch every match. Many old videos of Big Bash League go viral these, one such video of Chris Lynn is in the trend.

An iconic BBL moment on this day six years ago…

Chris Lynn launches the Wild Thing out of the Gabba! pic.twitter.com/qzRkdKpjD1

Chris Lynn swung the bat at Shaun Tait’s fast ball and the ball went out of the Gabba’s stadium, for some time Lynn could not even believe that the shot was so strong, but this six was a full 117 meters. After hitting the six, Chris Lynn winked at Shaun Tait in a funny way, this six was called the Wild Thing. This is the reason why its video is going viral again after 6 years.

Chris Lynn is one of the best Australia’s best batsman, while Shaun Tait has also been a great bowler, currently Tait is the bowling coach of the Pakistan team. It is noted that the Big Bash League is currently going on in Australia, whose excitement is being seen a lot.