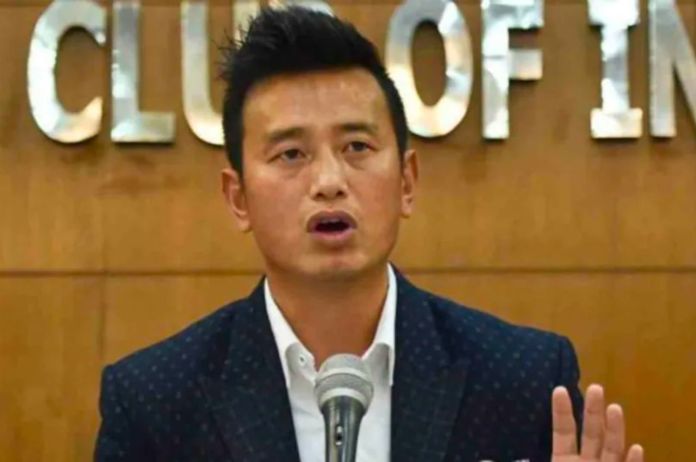 New Delhi: Former India football team captain Bhaichung Bhutia has opened up about the recently declared results of AIFF and said that he is shocked to see this.

Bhutia was defeated by BJP leader and former player Kalyan Chaubey by 33-1 votes. Reacting to the results, the 40-year-old said that this high level of political interference.

“I was shocked because I personally did not expect that the political interference (in AIFF elections) would be of such a high level. I thought it’s a football president election and I wanted to contribute with sincerity,” Bhutia told PTI.

“If they (his opponents) were so confident of victory, why a powerful union minister had to come at the hotel (where the voters were staying) at 9pm (on Thursday) and stay there till 2am in the morning of election day (on Friday) and take all of them to a particular floor of the hotel,” he said.

Bhutia did not take the name of any minister but indicated that the elections were highly politicised.

“Out of the 34 members of the electoral college, 33 (except Gopalakrishna Kosaraju) were taken to a floor of the hotel and access was denied to the whole floor. I could not contact any of the voters, the network was down.”

“I tried calling the secretary of Rajasthan association, who is a voter and whose president (Manvendra Singh) was my seconder, but I could not reach him on phone.

“The political interference was a shocking thing to me and it was very unfortunate and a sad thing for Indian football.”