BCCI declares equal fee for both men and women cricketers 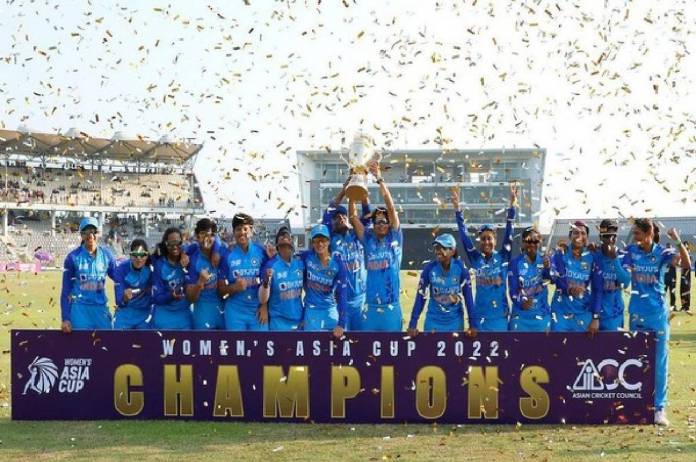 New Delhi: The Board of Control for Cricket in India (BCCI) said on Thursday that match fees for men’s and women’s teams will be equal. Jay Shah, the BCCI secretary, announced the momentous development on his official Twitter account.

“I’m happy to announce BCCI’s initial effort to combat discrimination.  We are putting in place a pay equity policy for the women cricketers we have on contract.  As we enter a new age of gender equality in Indian cricket, the match fee will be the same for male and women cricketers “Tweets from Shah.

I’m pleased to announce @BCCI’s first step towards tackling discrimination. We are implementing pay equity policy for our contracted @BCCIWomen cricketers. The match fee for both Men and Women Cricketers will be same as we move into a new era of gender equality in 🇮🇳 Cricket. pic.twitter.com/xJLn1hCAtl

The Indian Women’s Cricket Squad would receive the same match payments as the men’s team, according to BCCI Secretary Shah, who also emphasised the new fees for the contractual players.

“The @BCCIWomen cricketers will be paid the same match fee as their male counterparts. Test (INR 15 lakhs), ODI (INR 6 lakhs), T20I (INR 3 lakhs). Pay equity was my commitment to our women cricketers and I thank the Apex Council for their support. Jai Hind,” he added in another tweet.

Earlier on October 15, India crushed Sri Lanka by eight wickets in the final match of the Women’s Asia Cup 2022, clinching their seventh title. India chased the target of 66 comfortably, scoring 71/2 in 8.3 overs.

Smriti Mandhana remained unbeaten at 51 of 25 balls and she hit six fours and three sixes. Harmanpreet Kaur was unbeaten at 11 at the other end.

Inoka Ranaweera (1/17) and Kavisha Dilhari (1/17) were the wicket-takers for Sri Lanka, but they did not have enough runs to defend.