Pakistan has won their fixture against Hong Kong and qualified for the Super 4 stage of the ongoing tournament Asia Cup 2022. 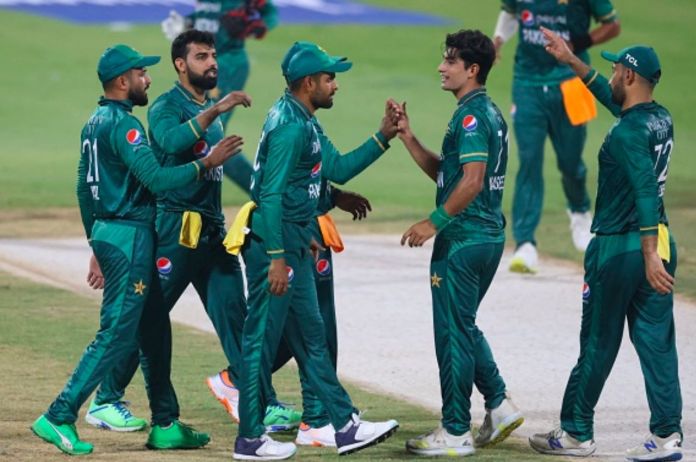 Sharjah: Pakistan has won their fixture against Hong Kong and qualified for the Super 4 stage of the ongoing tournament Asia Cup 2022.

After choosing to bowl first, Hong Kong could not stop Pakistan from setting a huge target of 194 runs. Mohammad Rizwan became the player of the match after scoring 78 runs. When Hong Kong came down to chase the target, they could not stand against the Pakistan players.

Pakistan to face India on Sunday

After marking the win against Hong Kong, Pakistan has now qualified for Super 4 stage. India has already reached the next from Group A and Pakistan is the second team to do so.

The Super 4 stage fixture are starting from Saturday. India and Pakistan will be against each other on Sunday to fight for the further position in the tournament.