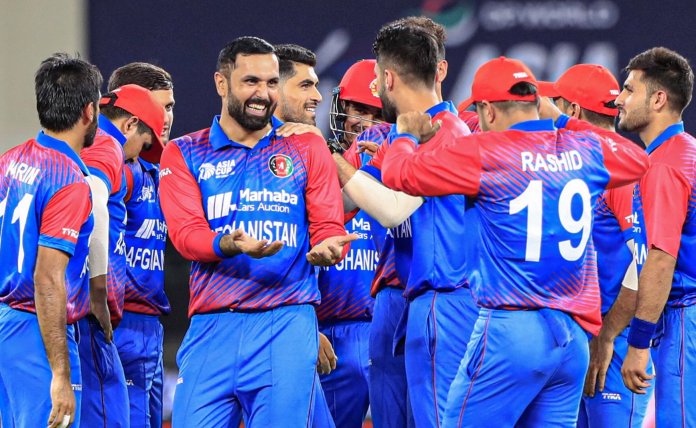 Dubai: Afghanistan has thrashed Sri Lanka by 8 wickets in the opening game of Asia Cup 2022. Afghanistan has created dominance on the hosts from the very start as they restricted them at 105 runs.

While chasing the target, it only 4 of the players to achieve the target and it was finished within 10 overs of the game. Gurbaz garnered the maximum runs, 40, followed by Hazratullah Zazai with 37 runs unbeaten.

This is the first game of the tournament and Afghanistan has started with an easy win. It looked promising for the team as both batters and bowlers executed the plan very well on pitch.

After winning the game, Afghanistan captain, Mohammad Nabi said, “The boys played really well, especially the fast bowlers. When we decided to bowl first, they used the pitch so well. We were just discussing to hit the right lines, and if we get a bit of swing it will be of use for us. We have a lot of confidence after such a game, hopefully we can do well next game as well.”

On the other hand, Shanaka has hopes of bouncing back in game, “There are two ways to think about the toss, it would have been a bit easier if we were bowling first with two youngsters playing for the first time. There was too much grass, there wasn’t too much in it for the spinners but still our world-class spinners should have done better. I think in T20 cricket anything can happen, we can bounce back in the next game.”