Raksha Bandhan 2022: Avoid THESE 5 common mistakes while tying rakhi to your brother 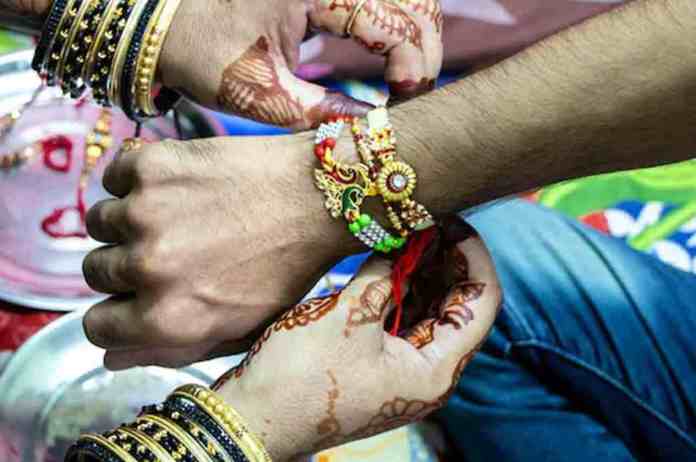 Raksha Bandhan 2022: The festival of Raksha Bandhan is celebrated on the full moon day of Shukla Paksha of Shravan month. On this day sisters tie the strings of love and affection on the wrist of their brother and take a promise of their protection from him. This year this festival of Rakhi will be celebrated on Thursday, August 11. Astrologers say that people make many big mistakes while tying Rakhi on brother’s wrist on Raksha Bandhan. While tying the thread, you should take special care of some things.

2. Avoid tying black colored thread or Rakhi, broken Rakhi, plastic Rakhi and Rakhi with inauspicious signs on brother’s wrist on the day of Rakhi. It is considered inauspicious to tie such a Rakhi on the wrist of a brother.

3. While tying Rakhi, the brother should be made to sit on the generation instead of the ground. Keep a handkerchief or any clean cloth on his head. This brings luck to the brother. Also, after tilak on brother’s forehead, instead of broken rice, Akshat should be applied.

4. Avoid tying Rakhi during Rahu Kaal and Bhadra Kaal on Raksha Bandhan. It is said that Rakhi’s sister also tied Rakhi on her left wrist during Bhadrakal and only after that her empire was destroyed. Since then there is a practice of not tying Rakshi to brother during Bhadra period.

5. The  thread should be of three threads. Red, Yellow and White. Otherwise there must be red and yellow thread. If sandalwood is present on the thread, it will be very auspicious. If there is nothing, Kalawa can also be tied reverently.