Controversies or Blockbuster: What Raha Has in Store? 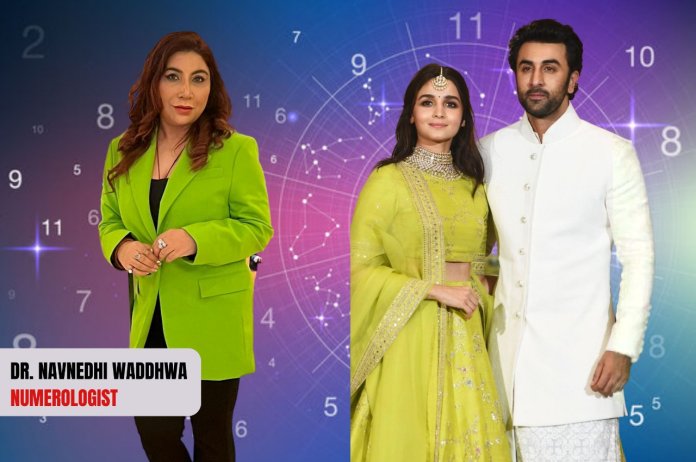 As we all know, celebrity parents Alia Bhatt and Ranbir Kapoor welcomed their first child, a baby daughter, on November 6, 2022.

Upon announcing her daughter’s birth, the actress wrote: “And in the best news of our lives: Our baby is here… and what a magical girl she is. We are officially bursting with love—blessed and obsessed parents! Love, love, love Alia and Ranbir.”

Well, today we have with us celebrity numerology expert Navnedhi Waddhwa to talk about the magic she has brought into the world and will spread in the future based on her number. and it’s a 6!

While Alia Bhatt has mentioned quite a few times how auspicious the number 6 has been to her, it is indeed a lucky number. Raha’s driver number is 6, and his conductor number is 5, which Navnedhi confirms is an incredible combination.

New mom Alia Bhatt and her husband Ranbir Kapoor recently revealed their daughter’s name to be Raha. Let us see what the future holds for this girl who is attracting love and blessings from fans all over the country.

The number six is considered to be the number that brings Lakshmi (wealth and prosperity), also known as Shukra. Raha seems to have everything she wants as she was born with the number 6.

Not only will Raha make enough wealth, but with her brilliant capability of understanding, she will be able to maintain, multiply, and retain it.

All in all, the numbers for Raha clearly show a bright future awaiting her. Navnedhi also predicts the attributes that will help her shine in her career. Raha will be an action-taker and have a practical approach to life. She will believe in implementing things rather than overthinking a decision. While this may put her in a situation she regrets at times, taking action is always better than doing nothing.

As per the calculation of her birth numbers, Raha would probably start working early on. It is also very likely, says Navnedhi, for Raha to get a movie break in the movie of her proclaimed grandfather, Karan Johar. Fans would be thrilled to see her break into the film industry.

Given the power of the numbers, she may need to be more cautious about her own and her father’s health. Interestingly, the name Raha, along with the surname Kapoor, comes to be the number 9 which is indicative of a numeroscope that’s powerful while also leaving room for controversy. It might work both ways for her! Rest, everything she has in store for her looks great! “I think we have got a new star, and I wish her all the best.”

Navnedhi Waddhwa is a reputed celebrity numerologist, graphologist, Vastu consultant, and energy healer. As an expert in NLP, meditation, and manifestation techniques, she has helped thousands of people around the world to access their unconscious, make conscious choices, and achieve their greatest goals.