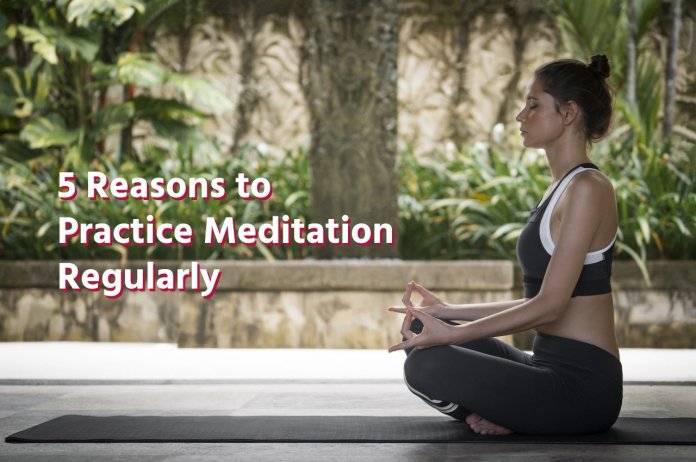 The practices of meditation and mindfulness have been around for centuries, but they have gained attention in the business world mostly because we are now able to accomplish something that was not possible in the past. Take a look at how these practices affect the structure and wiring of the brain.

Mindfulness-based Cognitive Therapy (MBCT) incorporates elements of meditation-based stress relief (MBSR) and cognitive behaviour therapy (CBT). According to the American Psychological Association, “MBCT is an eight-week group programme that includes mindfulness-based exercises like yoga mindfulness, body awareness, and daily tasks, like eating, or performing household chores, with complete focus on what you are doing, moment-to-moment.”

“People with a high risk of depression have many negative feelings, thoughts, and perceptions about themselves, which can lead to a depressive relapse,” claims Willem Kuyken, PhD, an instructor at the University of Oxford in the United Kingdom. “MBCT assists them in recognising the signs, dealing with the issue in a different manner, and dealing with it with kindness and understanding.” Professor Kuyken conducted a study that concluded that MBCT helped prevent depression recurrence in the same way that medication does for maintenance.

In a 2013 study at the Massachusetts General Hospital, people with a DSM-IV diagnosis of Generalized Anxiety Disorder (GAD) received a random assignment to either an eight-week group programme involving the mindfulness-based approach to stress management (MBSR) or an uncontrolled group, the stress management programme (SME). The group that participated in the MBSR programme had the highest reduction in anxiety.

Unsatisfaction with one’s body is a significant cause of distress for women of all age groups. Women were randomly assigned to either a meditation intervention group or a control group in a study conducted by Ellen R. Albertson, Kristin D. Neff, and Karen Dill-Shackleford.Participants who were in the intervention group received three weeks of self-compassion training.

Comparing with the control group, women who participated in the intervention group “experienced significant reductions in body shame, body dissatisfaction, and self-worth-based contingent upon appearance, in addition to higher levels of self-compassion as well as body acceptance.” It is interesting to note that the effects lasted for three months.

In a study that was published in 2010 in the journal Consciousness and Cognition, the researchers assigned 24 participants to the group that was randomized. They participated in four hours of mindfulness meditation training. The control group consisted of 25 participants who were listening to an audiobook.

The results showed that both the mindfulness training group and the control group had increased mood, but only the meditation training group decreased anxiety and fatigue, and also increased mindfulness. Additionally, short mindfulness sessions greatly improved the visuo-spatial process, executive functioning, and working memory.

Researchers concluded, “Our results suggest that the practise of meditation for four days will improve the ability to maintain attention, benefits previously observed in long-term meditation.”

5. Mindfulness Meditation can help the brain by reducing distractions.

The ability to train the mind to focus and concentrate is more crucial than ever in this fast-paced world in which our attention is pulled in a multitude of directions simultaneously. In a Harvard research study, scientists found that “brain cells utilise specific frequencies, or waves, to control communication in similar ways to how radio stations transmit at certain frequencies.”

One frequency, known as the alpha rhythm, is particularly active in the brain cells that process sight, touch, and sound within the brain’s outermost part, known as the cortex. “There, it aids in suppressing distractions or irrelevant sensations, and regulates the flow of sensory information among the brain’s regions.”

If you are interested in meditation and mindfulness, commit to a regular practice. Begin by choosing an amount of time that you could comfortably achieve (for instance, 2–10 minutes every day). After you’ve been practicing for a week, review and decide whether you’d like to practice longer (or maybe less). The most reliable evidence of whether these techniques are going to “work” to benefit you doesn’t come from a study but from actual personal experience. Give it a shot and find out the results for yourself.

Numerology Today, 28 January, 2023: News Opportunities waiting for you; know how will be your day today…?