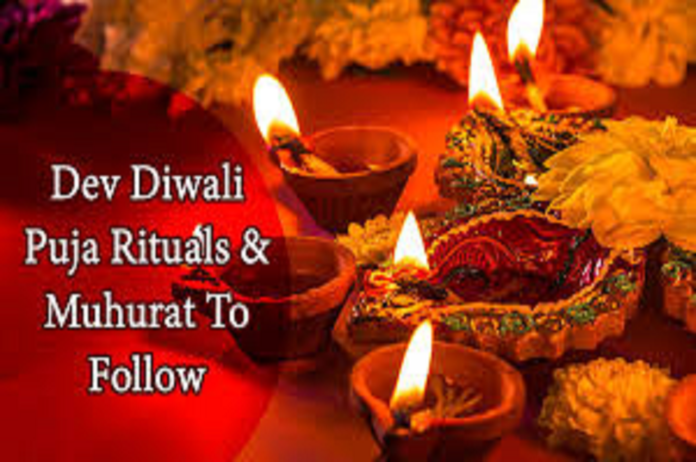 All the Gods are said to celebrate Diwali jointly on the day of Dev Diwali. On this day, Bholeshankar vanquished the demon Tripurasura, who oppressed everyone on the gods’ requests, to remember which the gods celebrated Diwali, which is now known as Dev Diwali.

Deepdan is very significant on Dev Diwali. On the day of Dev Diwali, a person is said to be cleansed of his sins by bathing and donating lamps in a holy river or lake, like the Ganga-Yamuna. The house is filled with joy and prosperity. Happiness enters the devotee’s life as positive energy is transmitted.

According to another belief, on the day of Dev Diwali, the gods come from heaven to earth. That’s why people light a lamp to welcome him. There is also a belief of lighting diyas on the temples and river ghats on this day. On the day of Dev Diwali, people light lamps on the ghats of all major rivers across the country, including the Ganga Ghat in Varanasi. According to Hindu scriptures, in this month Brahma, Vishnu, Shiva, Angira and Aditya etc. have certified the Mahapunit festivals. In this fine bath, charity, home, sacrifice and worship etc., one gets eternal results.

According to the belief, the fate of a person shines with special worship and measures on the day of Dev Diwali. All his troubles end and happiness comes in the life of the person.

On this day, lighting a lamp under a river, pond, well or peepal tree is considered very auspicious. Lighting a lamp of cow’s ghee is considered very auspicious. If you are lighting 21 lamps, then definitely light one of them with cow’s ghee. This strengthens the financial side. Light oil lamps outside the house, while ghee lamps should be lit in your kitchen.