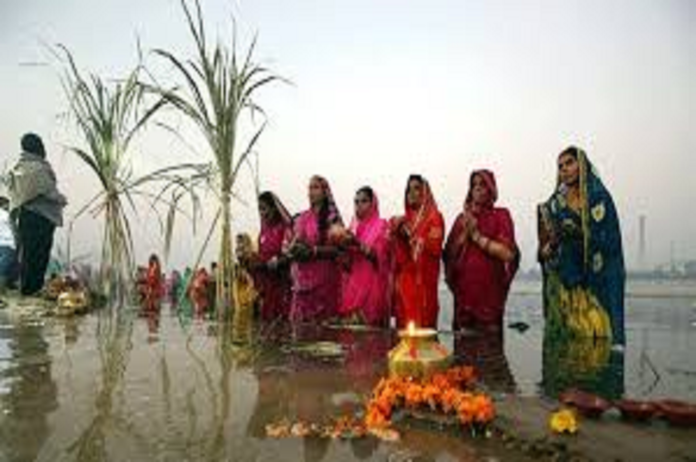 Chhath Puja 2022: Following Diwali, Chhath Puja preparations are now in full swing. The sacred festival of Chhath Puja is performed on the sixth day of Shukla Paksha of the Kartik month. It also goes by the name Surya Shashthi. This year, the Chhath Puja will start from October 28 to October 31. Lord Shiva is worshipped during Chhath Puja in addition to the Sun God and Shashthi Maiya.

Chhath Puja is one of the most auspicious festivals in Bihar, Jharkhand and Eastern Uttar Pradesh. It is widely observed in Nepal as well. The four-day-long festival starts with the ‘Nahai Khai’ ritual and ends with ‘Usha Arghya’ (prayers to the rising sun). This includes a 36-hour Nirjala fast.

The festival is dedicated to Surya Bhagwan (Sun God), who sustains life on Earth.

Details of the day

On the first day, which is October 28, a bath and Chaturthi Tithi meal are observed. It is not mandatory that only women do this Puja even Men also observe chathh puja fast. On nahai-khai day, Women and men who perform chathh puja take a bath and then only eat boiling rice, gram dal, and bottle gourd in Lunch, followed with other dishes as mix vegetables pakode, Aloo bhujia, chana dal pakode and etc. Bottle-gourd is must in nahai-khai meal and in Bihar bottle gourd is known as Kaddu. So nahai khai meal is also reffered as Kaddu-Bhat.

Kharna will take place on October 29th, Panchami. On this day, Devotees themselves prepare Prasad mainly Gud ki kheer ( jaggery, milk, rice pudding), Dal poodi and banana is must in Prasad. The whole kharna day is engaged in Prasad preparation. Cleanliness is maintained during Prasad preparation. No one is allowed to speak as there is possibility of spit out during conversation. In the evening, cow dung cake burnt to purify the environment and devotee invite chathhi maiya to bless the earth. Hawan is done. Everyone in the family takes blessing of chathhi maiya. We thanked and worshipped the God Sun because he is the main source of energy on the earth. The puja is performed after the 6th day of Diwali that why it is called chathh puja. This ritual is known as Kharna.

On November 30th, the rising sun will receive Arghya as an offering. The most awaited moment of Prasad distribution take place after the early morning arghya called Bhoriya arghya.

For around 36 hours during Chhath Puja, those who observe the fast refrain from even drinking water in honour of Chhath Mata. Usually, only women participate in this fast. After Kharna on Panchami Tithi, it begins. Kharna is Sanskrit for “body and mind purification.” This involves the fasting person eating kheer made with jaggery in the evening.

On Chhath Tithi, Chhath Mata’s bhog is prepared in the morning, and in the evening, water is offered to the setting sun. On the morning of Saptami after this, Arghya is once more presented to the Sun. The 36-hour fast is finished in this manner.

Numerology Today, 28 January, 2023: News Opportunities waiting for you; know how will be your day today…?

Horoscope today, 28 January 2023: Gear up for THESE intensive change!; know your horoscope…

Horoscope today, 27 January 2023: Warning for THESE zodiac signs! Don’t involve in debate with your partners; know your horoscope…