What is Myositis that Samantha diagnosed with? read full detail here 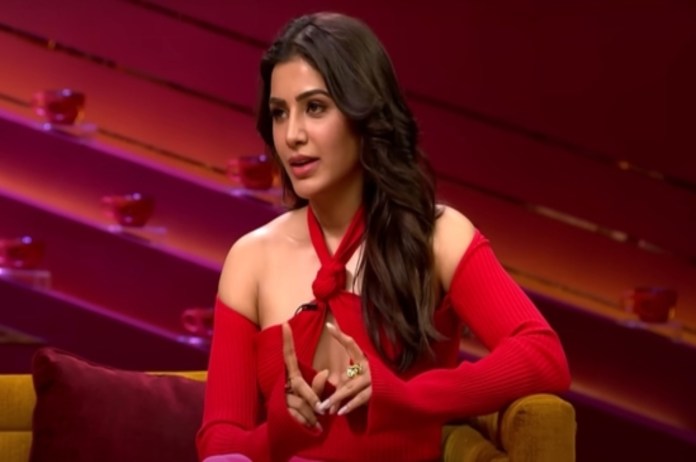 New Delhi: South Indian actress Samantha Ruth Prabhu recently revealed that she has been diagnosed with a rare autoimmune condition called Myositis. She informed about the same on her Instagram with a long heartfelt note.

While sharing the photo, she wrote, “A few months back I was diagnosed with an autoimmune condition called Myositis. I was hoping to share this after it had gone into remission. But it is taking a little longer than I hoped.”

The term “myositis” refers to a collection of uncommon diseases. The main signs and symptoms are aching, sore, or weak muscles. Usually, over time, this steadily deteriorates.

Additionally, you can stumble a lot, fall a lot, and get exhausted after standing or walking. You should visit a doctor if you experience any of these symptoms.

This condition is typically brought on by an immune system issue wherein healthy tissue is wrongly attacked.

The shoulders, hips, and thigh muscles are most affected by polymyositis, which affects several distinct muscles. Ages 30 to 60 are typically affected, and women are more likely to experience it.

Several muscles are affected by dermatomyositis, which also results in a rash. It can also impact children and is more prevalent in women (juvenile dermatomyositis).

The muscles in the forearm, the muscles below the knee, and the thigh muscles become weak due to inclusion body myositis (IBM). It might also make swallowing difficult (dysphagia). Men are more likely to develop IBM, and it typically affects those over 50.

The main symptom of this rare condition is muscle weakness.

Exercise and physiotherapy are used in the treatment of all myositis forms. Along with giving the person greater energy, exercise helps to reduce swelling and restore muscle strength.

Exercise and physiotherapy are the sole forms of treatment for body myositis. However, those with severe myositis symptoms should refrain from working out during this time.

Steroids are also prescribed by doctors to treat dermatomyositis and polymyositis because they swiftly reduce swelling and improve muscular pain.