What does it take to be a producer? Sanjana Parmar shares her standpoint 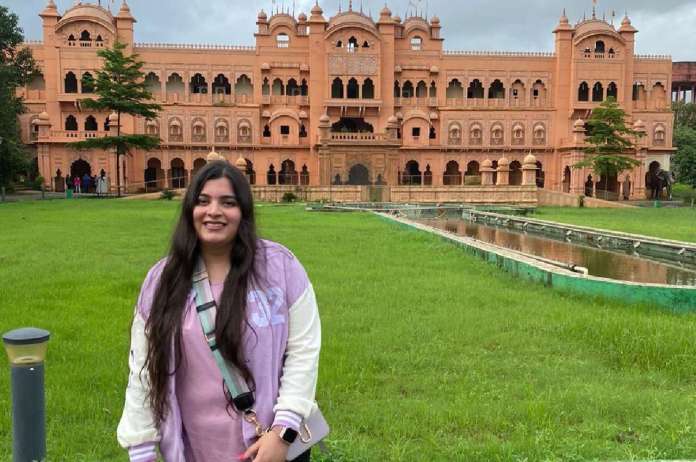 All those cosmic numbers of people who land at the gates of the entertainment industry come with either a dream to be an actor or director. But being a producer is the goal of the scanty populace. And if you are aiming to be a producer, you must read what Sanjana Parmar has to say.

It has only been a while since she marked her foray into the entertainment world as a producer and has already released a few astounding works. If you think that producers are only about bankrolling projects, then no! Here’s Sanjana bursting your mythical bubble.

Sanjana says, “Being a producer implies inviting innumerable and unseen challenges. It’s not easy-breezy all the time. But with a proper plan, solid work experience, and adequate knowledge, you can achieve it.”

Sanjana Parmar further highlighted the primacy of multi-tasking in a producer’s life. She says, “Producers have many roles behind the scenes and may also work on multiple projects at the same time. Therefore, they must prioritize their work and avoid distractions.”

Each person who is working as a producer might agree with what Sanjana Parmar has to say. Furthermore, she says that a producer needs to keep a tap on current trends.

“You don’t want to make a film that no one is interested in watching. An experienced producer not only understands ongoing trends in the entertainment industry but also foresees the upcoming ones,” says Sanjana Parmar.

The producer rose to fame after her maiden work, Suraj aur Saanjh, amassed success. She is also the founder of House of Joy Productions, which aims to bring quality projects to the screen. Sanjana Parmar has also produced short films like Raja Beta, Surprise, 2 Square, and more.

Furthermore, she has many exciting projects in the pipeline, which include three feature films, multiple short films, a music video, and a web show. We hope that all these upcoming projects of Sanjana outperform on the screen.