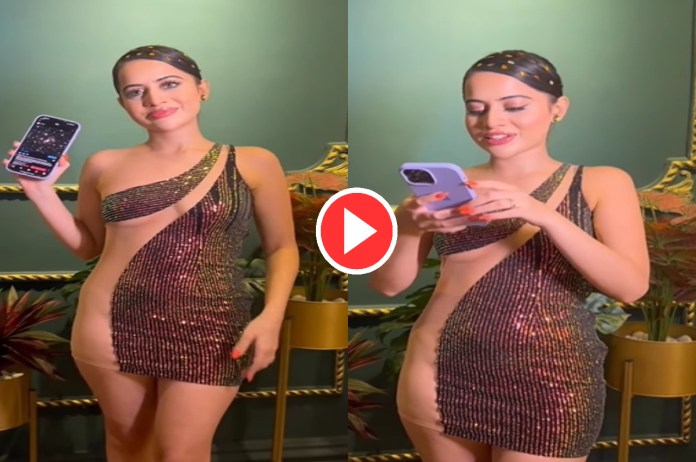 New Delhi: The Bigg Boss fame Urfi Javed has been in limelight for quite some time now. Urfi’s videos keep coming up every day and as soon as they come, the social media are so engrossed that it becomes difficult to take one’s eyes off her videos. Recently, the latest video of Urfi is becoming very viral on the internet world.

Also Read :- TrenBee’s 2022 Summer Collection is what all you need to dorn

The paparazzi’s official Instagram account has shared a video of Urfi in which, she is seen wearing a maroon-coloured half shimmery and half transparent short dress. Looking at this video of Urfi, it seems that the actress is not wearing anything in the transparent part of the dress. Urfi’s sexy figure is visible in the latest video. With this hot look, Urfi did glossy make-up and made a bun of hair, along with this the actress put stars on her bun.

She is often trolled for her unique clothes. This time also comments were made. One user said, ‘Only this day was left to see’. One user said, “Shimri is looking more shameless than dress oy pagal.’’ Another wrote in the comment, ‘It is right if you do not wear clothes.’

One fan praised her look and wrote, “idc what people say she is so pretttyyy!!!” and many have dropped heart and fire emojis on the comment section.

Urfi Javed also shared the Instagram reel in the same outfit and captioned it, “Sparkle, glitter and the beauty of the galaxy of dancing stars are the inspiration for my unique outfit. I reach for the stars and always hope to shine on! My outfit does just that! #JDJ10″

Urfi has acted in many TV shows. She is popular for portraying the role of Avni in ‘Bade Bhaiyya Ki Dulhania.’ She was also seen as Aarti in ‘Meri Durga,’ Bella in ‘Bepannaah’ and Mira in ‘Puncch Beat Season 2’ which streamed on ALT Balaji.