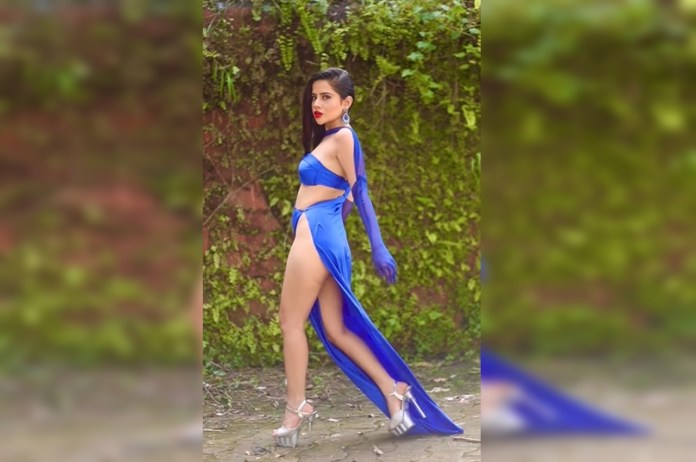 New Delhi: Television actress and Bigg Boss OTT fame Urfi Javed is constantly making headlines with her different looks. Recently, she was seen wearing an inspired outfit with a broken heart emoji. She shared the photos on her Instagram and captioned them with broken heart emojis.

Urfi has already crossed the boundaries of boldness. Once again, she is seen in a sizzling avatar. On Tuesday, she shared a video on her Instagram handle. In this clip, she was seen in a royal blue colour thigh-high slit dress. To give a royal look, Urfi added gloves and curled her hair side parted. She completed her look with heavy earrings, a bold red lip and a little brown eye shadow.
Urfi created her sexy look by adding silver high heels. But the one thing that caught the attention of the netizens was her west-high slit gown. The actress walked while posing on the side, adding glamour to the outfit. This avatar of Urfi has once brought her into the limelight. Along with the video, she wrote in the caption, ‘Feeling Blue’.

Urfi Javed was recently spotted in the streets of Mumbai with no makeup. The actress is looking very cool in a white tube top and pink joggers. Along with this, Urfi was seen hiding her face from the paps. When did the paparazzi ask the actress what happened to your face? On this, Urfi said that there is a glow on my face. However, Urfi is seen in front of the camera for the first time without makeup. This video of the actress is shared by the official Instagram handle of the paparazzi name ViralBhayani.