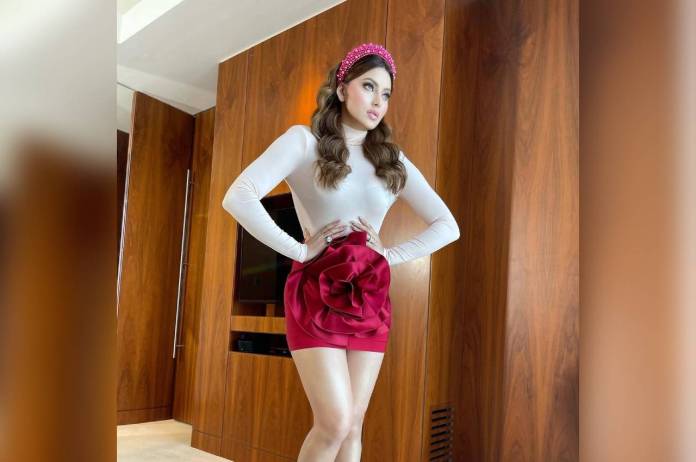 New Delhi: Urvashi Rautela is in the headlines these days for her heartbreaking captions, which she wrote in her social media post. The actress is very active on social media and keeps sharing some posts every day. Once again, she has shared her latest photos in which she looks gorgeous as always. This photo of Urvashi has been covered on social media, seeing which fans are reacting fiercely as well as trolling.

Urvashi Rautela has shared two photos on her Instagram handle. In both photos, she donned the same outfit but gave a different pose. In this photo, she donned a red and white colour dress and kept her hair open and completed the look with a purple hairband. While sharing these photos, she also wrote a caption which has caught everyone’s attention.

Urvashi Rautela has sent Karva Chauth a wish in advance by sharing photos. Urvashi Rautela wrote in the caption, “May The Moon Light, Flood Your Life With, Happiness & Joy, Peace & Harmony. Happy Karwa Chauth..!! in adv.” Along with this the hashtag #ElisabettaFranchi. Within no time, the post got millions of likes. Not only this, fans have showered comments on the post, and are also trolling her.

After reading her caption, a user commented, ‘What have you kept for Rishabh Pant?’, while another user wrote, ‘True love’. Thousands of users are constantly commenting on his post about Rishabh Pant. Urvashi Rautela’s name is associated with Indian cricketer Rishabh Pant and many secrets have been revealed, and the actress also gave a statement.

Rautela had said that Pant had waited for her in a hotel lobby while she was taking 10 hour nap in her room. Urvashi had said in an interview to Bollywood Hungama, “I was shooting in New Delhi and I arrived at night. I had to get ready quickly because actresses need a lot of time to get ready. Mr. RP came to the hotel lobby and wanted to meet. Ten hours passed and I fell asleep.”