HomeLifestyleNeeti Goel Is A Restauraneur With A Golden Heart, Helping People In...

Neeti Goel Is A Restauraneur With A Golden Heart, Helping People In Distress Is Her Forte 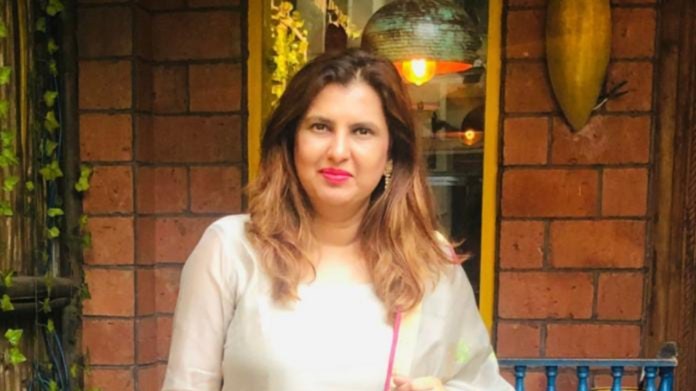 During the pandemic when  people were in great difficulties and normal lives were disrupted like never before, a very successful entrepreneur and restaurateur Neeti Goel  decided to help those who were in great despair and needed urgent help to survive. Neeti Goel has been awarded the ‘Restaurateur of The Year’ in 2019 at the Eiffel Tower in Paris and one of her restaurant was ranked 2nd amongst the Top 50 restaurants in the world. In 2022 she was honoured as one of the top 50 influential Indians at the London bridge in London .

During sudden lockdowns due to pandemic, Neeti Goel  along with actor Sonu Sood co founded  a initiative named ‘Ghar Bhejo’ (Send Them To Their Home) through which they managed to send more than 1.5 lakh migrant workers safely  to their homelands through buses, trains and even aeroplanes. Not only that, they also started another initiative ‘Khana Chahiye’ which started with 1200 meals a day during pandemic which now stands around 80 lakhs meals. They also distributed more than 60000 ration kits to the homeless n absolute needy  to fight hunger.

They also adopted 32 orphanages , 800 sex workers , built 1000 homes in Raigarh district when they were hit by Nisarg cyclone , worked with work in jail , transgender community and adopted 282 shramik Trains originating from mumbai to provide free food and water in them to 5 lakh daily wage earners travelling back home during distressed times . She also set upMigrant camps in thane , Dahisar and vashi to provide food , water to migrants who were travelling by foot to their hometowns . They also have 2 community kitchens running in Mumbai where self help women groups are employed so they earn a living and melas prepared by them are distributed free to the needy in the area .

On a mission to help people in need, ‘Khana Chahiye’ also collaborated with the  government and adopted Shramik trains (trains for migrants) and provided passengers free food and water throughout their journey. In all, they adopted 282 Shramik passenger trains to help migrant workers reach  their homes. From distributing 50,000 sanitary pads among sex workers of Kamathipura in Mumbai to rescuing 70,000 people stuck in cyclones, the list of charity work done by Neeti Goel  and her organization is too long to name them here.

The cause of domestic violence with women and drug abuse is also very dear to Neeti Goel . The beginning of green army in the rural villages of Uttar Pradesh was a significant step in helping the victims of domestic violence and drug abuse. Neeti Goels  team started the work at grassroot level in Kushiyari village of Uttar Pradesh. They created a group of 25 women who were trained in handling cases of domestic violence and drug abuse. Women were made aware of their basic rights, help them understand all the benefits available for them and also make use of self-defense mechanism whenever it is necessary. Now they have an army of 1800
Interestingly Neeti Goel is aims to reach 250 more villages of Uttar Pradesh, Jharkhand, Chhattisgarh and Bihar in next 5 years and empower women and their children in every possible way.

Neeti Goel  says, “If earning name for myself would have been my aim, I would have just stuck to being a entrepreneur and a  restaurateur. I have been felicitated with many big awards for the same. But I always been aware of my surroundings and the suffering of people in our society which reflects on my social work and I want to continue it till the time I am alive and spread smiles .