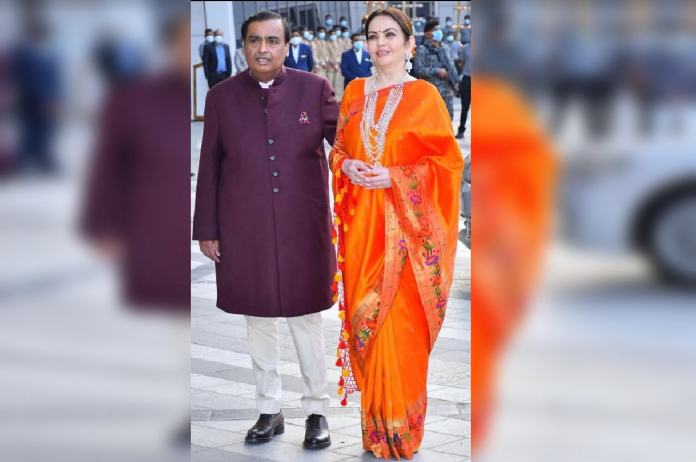 New Delhi: One of the richest man of India, Mukesh Ambani is a down-to-earth person. Despite the fact of being in possession of so much money as well as assets, this quality of him also reflects in his eating habits.

He is a hardcore vegetarian and has stuck to this eating habit even when he was living alone in the USA during the ’70s while he was attending college at Stanford University. Although he eat eggs, he avoids eating meat of any sort.

Mukesh Ambani has also never consumed any sort of alcoholic product in his life. He is also a hardcore vegetarian by his eating habits. His favorite food is a common man’s staple too. He likes to eat simple dal, chapati and rice. He does not mind from eating anywhere even if it is from a roadside stall, fact being, he is served tasty food.

Mukesh Ambani is believed to go easy on his food supplies. He has a history of experimenting with all sorts of food ranging from high class cafes to roadside food carts.

His favorite food junctions are Mysore Cafe in Matunga and Swati Snacks. Mukesh Ambani is absolutely in love with food from Swati Snacks. So much so that whenever someone visits there he makes sure to get a food package for himself. He is also very fond of chaat at Delhi’s Chandni Chowk.

Ambani’s children made him love Thai

Owing to his children’s liking he has developed a keen taste in the Thai cuisine. He loves Thai cuisine and is mostly enjoying it when he travelling abroad. According to Mukesh Ambani, he does not mind eating any dish as long as it is vegetarian.

Mukesh Ambani is also fond of the South Indian cuisine, especially idli-sambhar. It is one of the must-haves in his Sunday breakfast menu. He is so much fond of it that he does not even mind having it from small airport canteens. He is also very fond of dosas specially the which is sold at Gwalia Tank.

Dinner together every night

In an exclusive interview to a media house, Nita Ambani has revealed many interesting information regarding her personal life. She said that although Mukesh Ambani comes back home late, owing to his busy office schedule but the couple makes sure to have dinner together every night.

Nita Ambani also says that they have mutually decided to spend quality tie with each other either at home or outside. They both go on holidays together.

According to a news portal, the couple’s favorite destination is Kruger National Park in South Africa. The Ambani family has visited the wildlife destination a couple of times.

Dhirubhai Ambani in every room

Mukesh Ambani has revealed in various interviews that he likes to spend his Sundays with his mother, wife, and children. He has also shared that there is a family picture or a photograph of his father, Dhirubhai Ambani, in every room of his house.

In a interview given by Nita Ambani in 2011, the business woman revealed that she used to give Rs 5 as pocket money to their kids when they were young. She said, “When my kids were still young, I’d give Rs 5 each and every Friday to spend in the school canteen.”

She further narrated his son’s innocent ordeal, “One day my youngest son Anant came running into my bedroom and demanded for Rs 10 instead.”

She said, “When I questioned him, he said his pals in school laughed whenever they saw him take out a five-rupee coin saying, ‘Tu Ambani hai ya bhikari!’ Mukesh and I couldn’t help but crack up (laughing).”

Talking about her childhood, Nita reminisced her memory of hailing from a middle-class family and rules that she was supposed to follow. She said, “My mother was a disciplinarian and we were barely allowed to to go out-just four times in a year- and there was no pocket money given. Not to mention my curfew, which was at midnight.”