Actress Mouni Roy is currently enjoying a vacation with her family in the Maldives from where she is constantly sharing her photos. 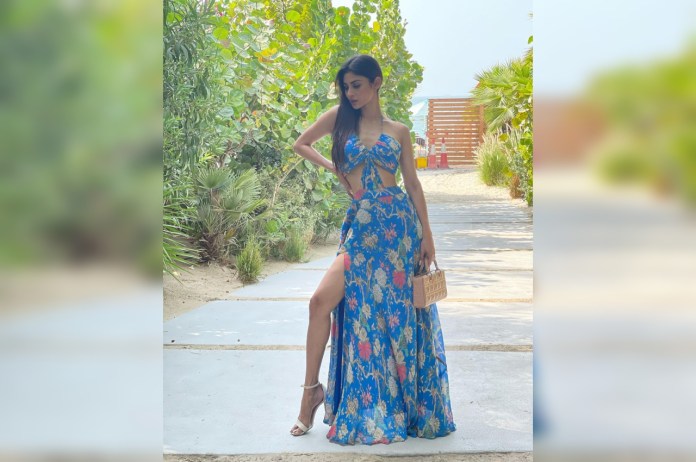 New Delhi: Bollywood actress Mouni Roy is currently enjoying vacation with her family in the Maldives, from where she is constantly sharing her photos and videos, which are becoming increasingly viral on this social media. At the same time, once again some of her photos have made the internet buzz high, which is very difficult to take eyes off. 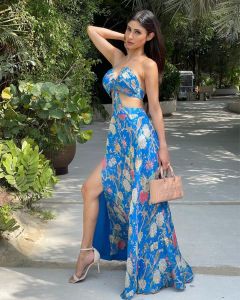 These photos have been shared by Mouni Roy on her Instagram account, in which she is looking enchanting in a blue printed gown. 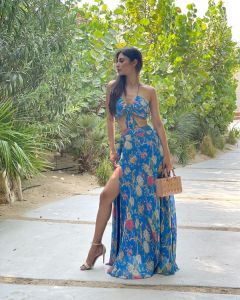 The actress completed her look with matching white coloured high heels and kept her hair loose. Along with this, she opted for light makeup. 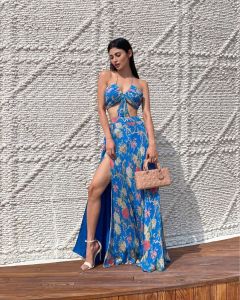 In the photos, she is carrying a bag in her hand and giving a killer look in front of the camera. Her glamorous style is seen in this photo. 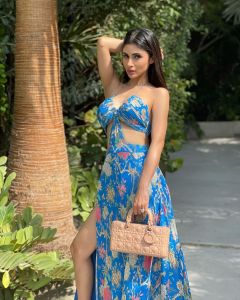 In this photo, Mouni Roy has carried her hair forward in which she is seen dropping the lightning of beauty. Mouni Roy’s high is raising the heads of the fans. 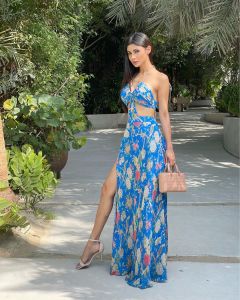 She captioned the photos with, “As far as the double life goes ours isn’t as cool as Clark Kent but we do get to act & dance!” 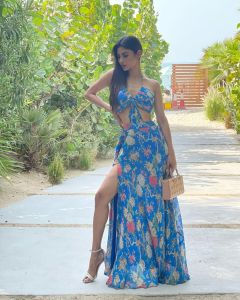 Fans are commenting fiercely and showering love on them. While talking about the comment section, a user wrote ‘Wow so cute.’ Another user wrote, ‘Hotty.’ Many fans have dropped heart and fire emojis. 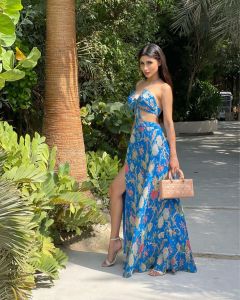