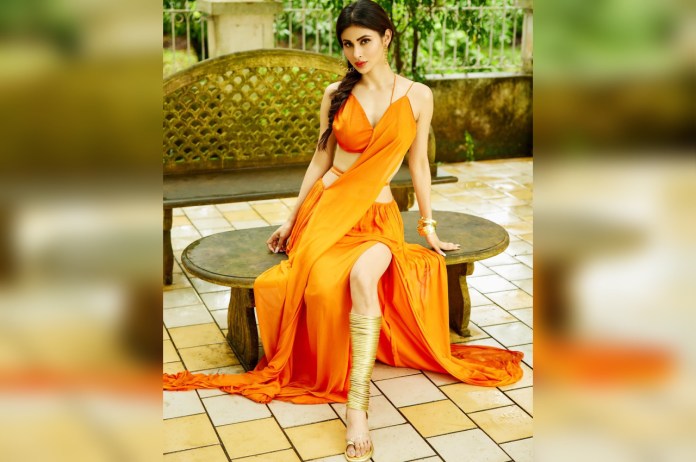 New Delhi: Mouni Roy is one of the popular faces in Bollywood. Her character Junoon in Brahmastra has garnered her much limelight and praise. The actress is a frequent social media user and even fans like to hop onto her posts as soon as they get dumped.

On Friday, Mouni Roy posted a super-sexy video of herself. In the video, she is seen donning an orange high-slit dress. She picked this perfect dress from the fashion designer house Deme. While sharing the video, she captioned it, “A small town girl with big dreams….. 👻.”

To complement her bold style, she accessorised with golden hoop earrings, a golden bracelet, golden slippers and a golden ring.

For the hair and makeup, she opted for a braid with a middle part and decked up in nude eyeshadow, eyeliner, kohl, eyelashes, drawn eyebrows, contoured cheeks and bright red lipstick.

Soon the photos went viral on social media, her fans started dropping their comments. A user wrote, “Hot.” Another wrote, “Uffffff.” “u r a most beautiful angel in the earth. u r looking hot n cute like an angel,” a fan wrote. Another comment reads, “Luscious Mouni.” Many fans have also dropped heart and fire emojis.

Vitamin E Oil for Hair: How to use this beneficial hair growth formula?