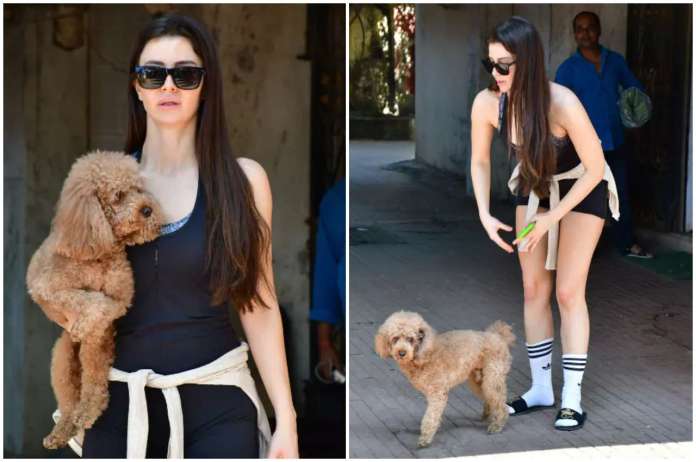 Giorgia Andriani, Arbaaz Khan’s girlfriend and actress, dominates social media. She frequently shares pictures and videos with her fans, which they enjoy. Some new pictures of Giorgia are going viral on social media.

Andriani is seen wearing shorts in these photos, and her puppy is also seen with her. After seeing her, you will forget about Bollywood actresses. These new photos of Giorgia are going viral on social media.

Giorgia Andriani can be seen in these photos wearing a black dress, which has piqued the interest of fans. She is seen wearing black shorts in these pictures and is looking stunning. These photos of her are quickly going viral.

In these viral photos, Giorgia can be seen wearing black glasses and a black dress. Andriani looks stunning in this short dress. Fans are fervently sharing these images of him on social media.

Andriani is pictured here with her beloved puppy. She is looking ‘killer’ in the black dress, which is becoming popular among fans.

In these photos, Giorgia has her hair open and is seen flaunting her legs. She can be seen smiling which is stealing the fans’ hearts. People who saw her act fell in love with her.

Her appearance is very popular among her fans. As soon as these photos of her surface, they are shared on social media.

Giorgia Andriani is currently dating Arbaaz Khan in her personal life! Both are often seen together.

Arbaaz’s ex-wife Malaika Arora, on the other hand, is dating actor Arjun Kapoor.

Malaika Arora and Arbaaz Khan were recently spotted at an airport with their son.